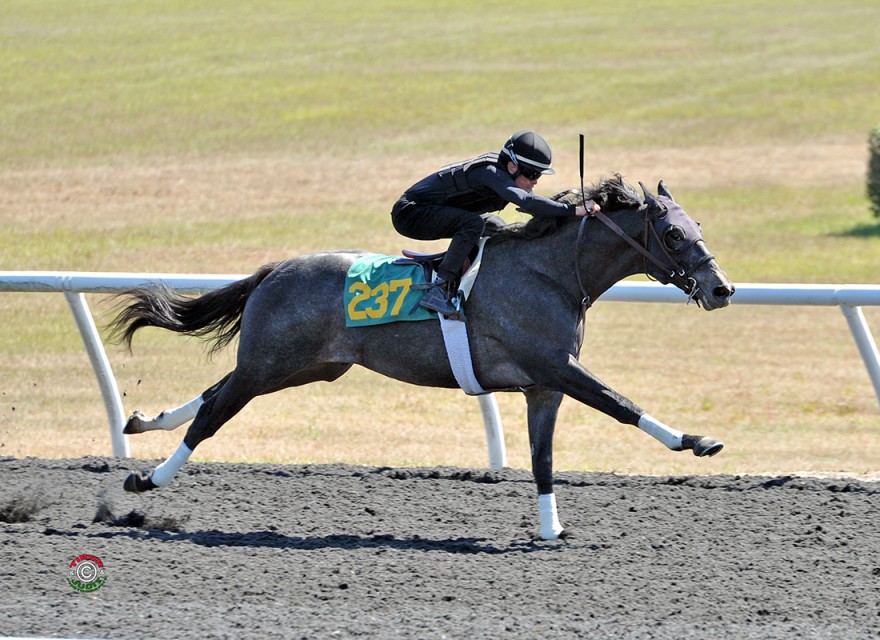 Gunmetal Gray, winner of the Grade 3 Sham Stakes, will run in Saturday's Grade 2 Rebel Stakes almost a year to the day since West Point Thoroughbreds bought him in the 2018 OBS March sale.

With two colts currently on the Kentucky Derby trail who were purchased at two-year-olds in training sales, the West Point Thoroughbreds buying team is eager to begin the process again with the OBS March sale on Tuesday and Wednesday to kick off the juvenile auction schedule.

West Point came away from OBS March last year with Gunmetal Gray, who won the Grade 3 Sham Stakes in January and is now slated for the Grade 2 Rebel Stakes at Oaklawn Park on Saturday after a change of plans prompted by the cancellation of the Grade 2 San Felipe at Santa Anita. His trainer, Jerry Hollendorfer, already had West Point stakes winner Galilean on course for the Rebel, which could be split into two divisions.

“Two-year-old sales are great,” Finley said. “I think the buyers and consignors are both getting better at it and the sales companies have evolved, and so when you have all three entities improving and at the top of their games, it makes for a great marketplace.”

Just the other day, Ingordo came upon a video of Gunmetal Gray’s workout in last year’s OBS March breeze show.

“I hadn’t seen it since the day he breezed,” he said. “I try to watch the live breeze. I watch how they go. I have my stopwatch, but I am watching how they are coming down the track. Time only matters in prison. It’s more about how they do it. The time will trick you. You see [an eighth in] :10 flat, but did they do it? Is it a big, long stride eating up ground or is it more like a sewing machine, going up and down?

“Gunmetal Gray got over the ground beautiful and had a big stride on him. Watching it again, I was reminded how professional he went about it. When they do that, and they make the short list, you go back to the barn to see them, and I just loved him physically.”

Ingordo was quite familiar with offspring of Gunmetal Gray’s sire, Exchange Rate, from his time managing the stallion for Satish Sanan. 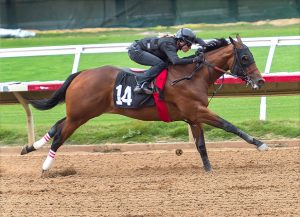 Galilean, the sale topper in the Barretts spring sale in 2018, also is Oaklawn-bound for the Grade 2 Rebel Stakes.

“He looked like a good Exchange Rate and being out of an Include mare, I liked how the breeding pattern looked—speed out of some stamina,” Ingordo said. “You have to have speed somewhere. The work was good, the horse looked good, and the pedigree made sense, so here we are.”

Finley added: “Gunmetal Gray is a medium-sized colt who is so nicely put together. I really liked the cross. Exchange Rates are versatile and the Include mare puts stamina into the pedigree.”

Galilean was a more obvious standout in the smaller catalog at Barretts and the California-bred colt carried high expectations from Ocala-based consignor Eddie Woods.

“He was a physical standout at the Barretts Sale and I know Eddie Woods was very, very high on him since buying him as a yearling,” Finley said. “We knew he was an open company quality colt but it’s so nice to have the strong Cal-bred program to work with. When you watch this colt breeze, he’s just so efficient and low to the ground.

Video of Galilean’s breeze at Del Mar is here.

“I had seen him at Eddie Woods and it wasn’t a secret that Eddie thought he had a lot of ability,” Ingordo said. “When you watch him train you go, ‘Wow, who is that?’ You have to adjust your thinking for the particular racetrack. That was a deep, tiring track, but the breeze itself was awesome and he did [gallop] out well compared to everyone else.

“We projected that he would really fill out and grow into himself, which he did. He is a specimen now.”