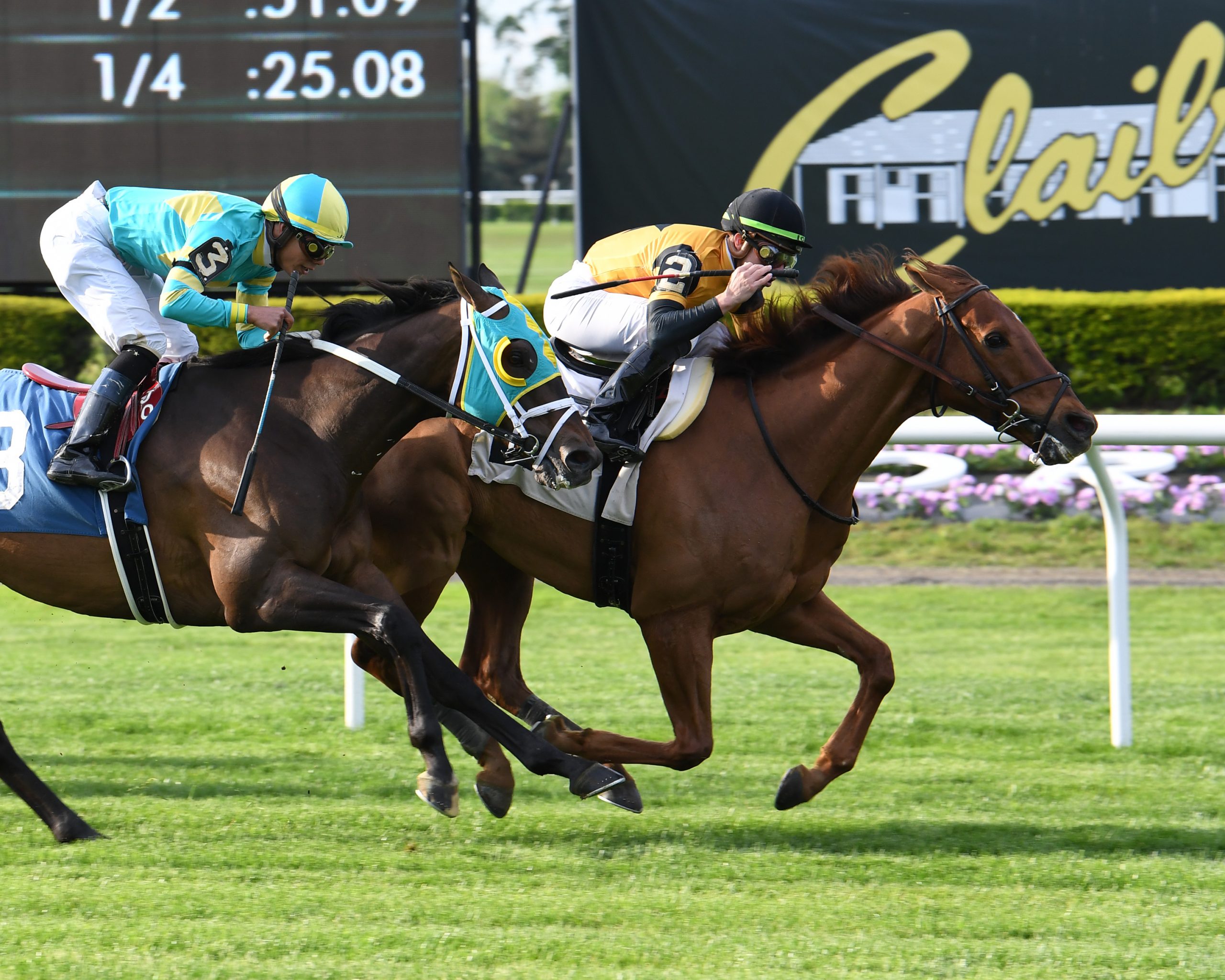 Devamani rushed to his second straight win on Thursday in a $90,000 allowance at Belmont Park, knifing through a seam in the stretch and kicking away to a half-length victory under jockey Irad Ortiz Jr.

The French import is 2-for-2 since he was gelded after placing twice in three starts last season, his first in the United States, for trainer Christophe Clement.

Favored at 2-to-1 on Thursday, Devamani was reserved at the back of the field early as Ortiz exhibited good patience behind a slow pace. He was stuck in traffic along the inside into the stretch until Ortiz found an opening at the eighth pole and Devamani burst right through.

“I’m very happy for the partners, everything has worked out perfectly for this horse this year,” said Clement, who had Devamani ready to fire off the bench on March 21 when the chestnut son of Dubawi delivered a similar last-to-first rally for Ortiz in a Gulfstream allowance. “We found two spots where we knew we would be tough. Irad suits him beautifully. He keeps him on the bridle and times his run well.”

Clement and West Point Thoroughbreds are in the midst of a nice stretch with French-breds, as this win came after the imported filly Chipolata finished a solid third in the Grade 3 Beaugay Stakes at Belmont last weekend. Chipolata won an Aqueduct allowance in April in her only other start this year.