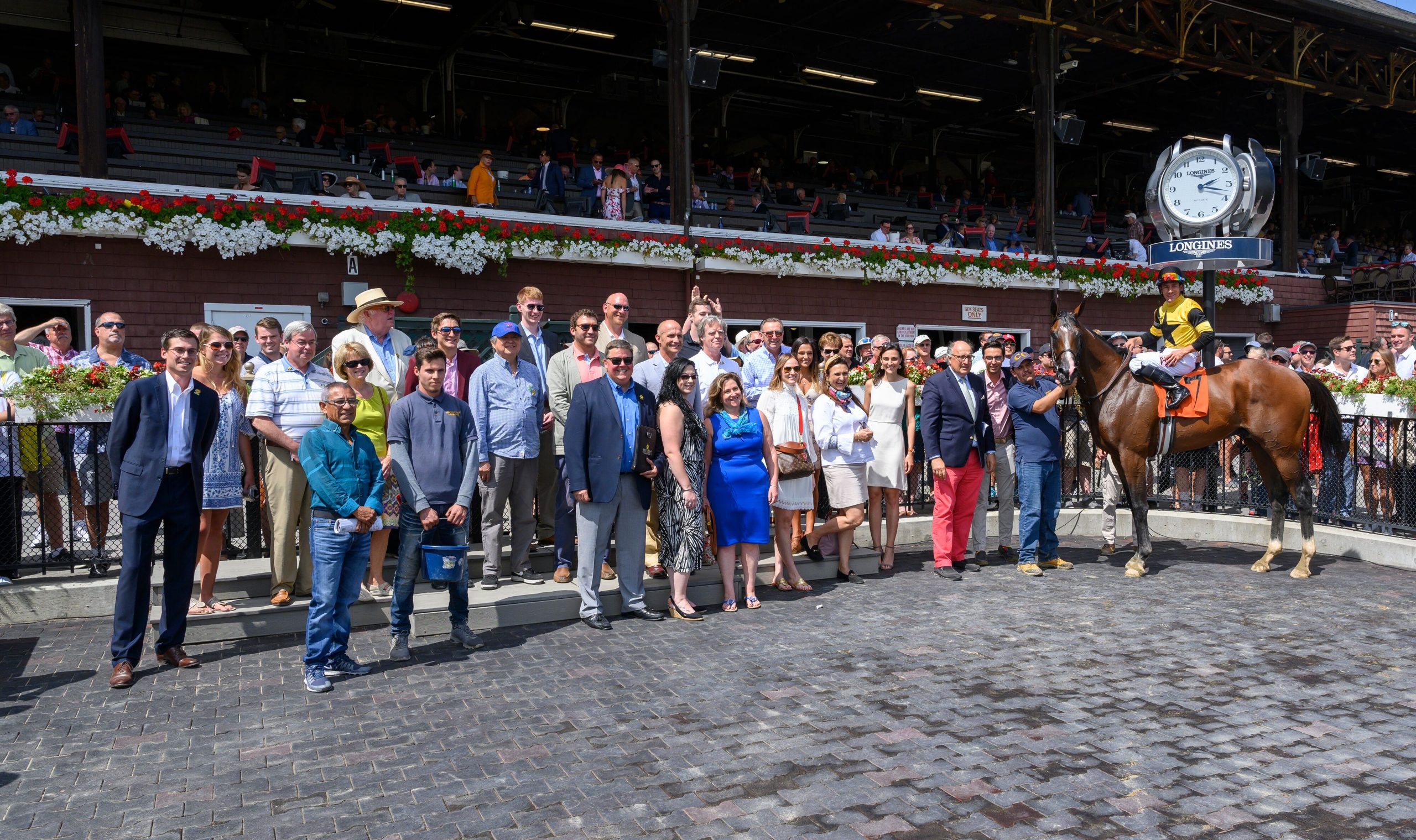 In the winner's circle at Saratoga with Decorated Invader.

A red-letter week that began with West Point Thoroughbreds collecting session-topping colts both nights at the Fasig-Tipton Saratoga select sale extended to the racetrack across the country as West Point picked up four wins from five runners between Friday and Sunday.

Decorated Invader, a yearling sale purchase last September, and Inspiressa made bold impressions on the two-year-old scene in breaking their maidens at Saratoga and Del Mar, respectively, and could be headed straight to Grade 1 company. Dabo notched a stakes victory on Saturday’s Arlington Million card outside Chicago, sweeping from last to first to take the Bruce D. Memorial. And West Point got in on the revival of live racing at Colonial Downs in Virginia with old pro Scholar Athlete, who scored his seventh career win on Friday night in a $75,000 feature.

The stable’s lone defeat during the weekend came in unusual fashion at Monmouth Park on Sunday with Untamed Domain, who clipped heels and lost his rider early on as the 4-to-5 favorite in a turf allowance. Untamed Domain and jockey Nik Juarez are both fine.

Scholar Athlete’s win for trainer Graham Motion came in Colonial’s second card back as a operating racetrack, after a five-year hiatus.

Decorated Invader pulled away from his rivals going two turns on the turf at Saratoga to win by more than three lengths while geared down late in his second career start. He could turn up next in Woodbine’s Grade 1 Summer Stakes, which Untamed Domain captured two years ago before finishing second in the Breeders’ Cup Juvenile Turf. Christophe Clement trains Decorated Invader, a son of Declaration of War purchased at last year’s Keeneland September sale.

Inspiressa was the highest-priced filly in the OBS March sale of two-year-olds in training this past spring and lived up to her advance billing that was heightened with an impressive string of works at Del Mar for trainer John Sadler, who trains the daughter of The Big Beast for West Point and Hronis Racing. Victor Espinoza piloted her in a race that could lead her directly into the Grade 1 Del Mar Debutante.

Dabo earned his second stakes triumph in two weeks at Arlington and improved to 4-for-4 lifetime on the Polytrack strip there. Dale Romans trains the big 3-year-old gelding by Temple City.