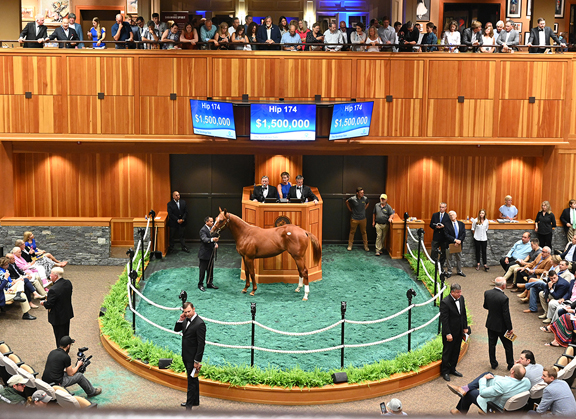 West Point Thoroughbreds made a splash at the Fasig-Tipton Saratoga select yearling sale this week, snatching up session-leading colts on both nights and ranking at the top of the buyer list for the boutique auction.

West Point CEO Terry Finley marveled at the opportunity to sign the ticket for two of the sale standouts: a $1.5-million Curlin colt (tied for the highest price in the sale) and a $1-million Tapit colt (high price for Monday’s opening session).

“It’s so exciting to get your hands on these kind of horses,” Finley told reporters. “It’s all good. I’ve been in the business for like 40 years and I’ve been buying horses for 29 years, so up until two years ago, I would stand here and say, ‘Damn, I hope I can get to a point where someday I’ll be able to be in play with these kind of horses.’ I thank God. We’re very blessed to have the partners we have, and I love the power of the partnership. I’ll end it with that.”

Earlier in the year, West Point was the leading buyer at the OBS March sale of two-year-olds in training, including the sale-topping colt, also by Tapit.

From the BloodHorse comes the following by Claire Crosby and Meredith Daugherty:

Only minutes before Terry Finley of West Point Thoroughbreds struck the winning bid on a Curlin colt at the Aug. 6 session of The Saratoga Sale, the Thoroughbred racing veteran was glued to his phone, messaging potential partners, hoping to draw in enough players to make his money stretch just a little further.

“I can show you the texts (of how it came together),” said Finley, pulling out his phone to scroll through his messages.

In the end, the beautiful colt nicknamed “Curlin Jr.” due to the close resemblance he bears to his champion sire went the way of Finley and his partners on a final bid of $1.5 million. The list of partners on the winning ticket—West Point Thoroughbreds, Woodford, Siena, Valdes, Singleton, Sandbrook, and Freeman—was as long as Finley’s text chain.

“These are the kind of horses that when you see them, you have to stretch for,” Finley said. “I thought he’d bring between a million and two. I’m not good enough to figure out at what point they are going to drop the hammer, but I really like it when they start to slow down at $1.2 million and $1.3 million. Siena Farm jumped in, and I put all the owners on the signature line, but everything came together. That’s what you have to do with these horses. You have to put everything together, and then two or three minutes before the sale, everything really comes together, and that’s what happened with this colt.

Cataloged as Hip 174 by Arthur Hancock’s Stone Farm, the colt was joined by a Curlin colt sold earlier for $1.5 million to be the co-sale toppers of the Fasig-Tipton select yearling sale.

“Arthur Hancock is somebody that, as you grow up in the business, you come to appreciate the wisdom that he offers,” Finley said. “I know he really liked this colt, and that really sold me.” 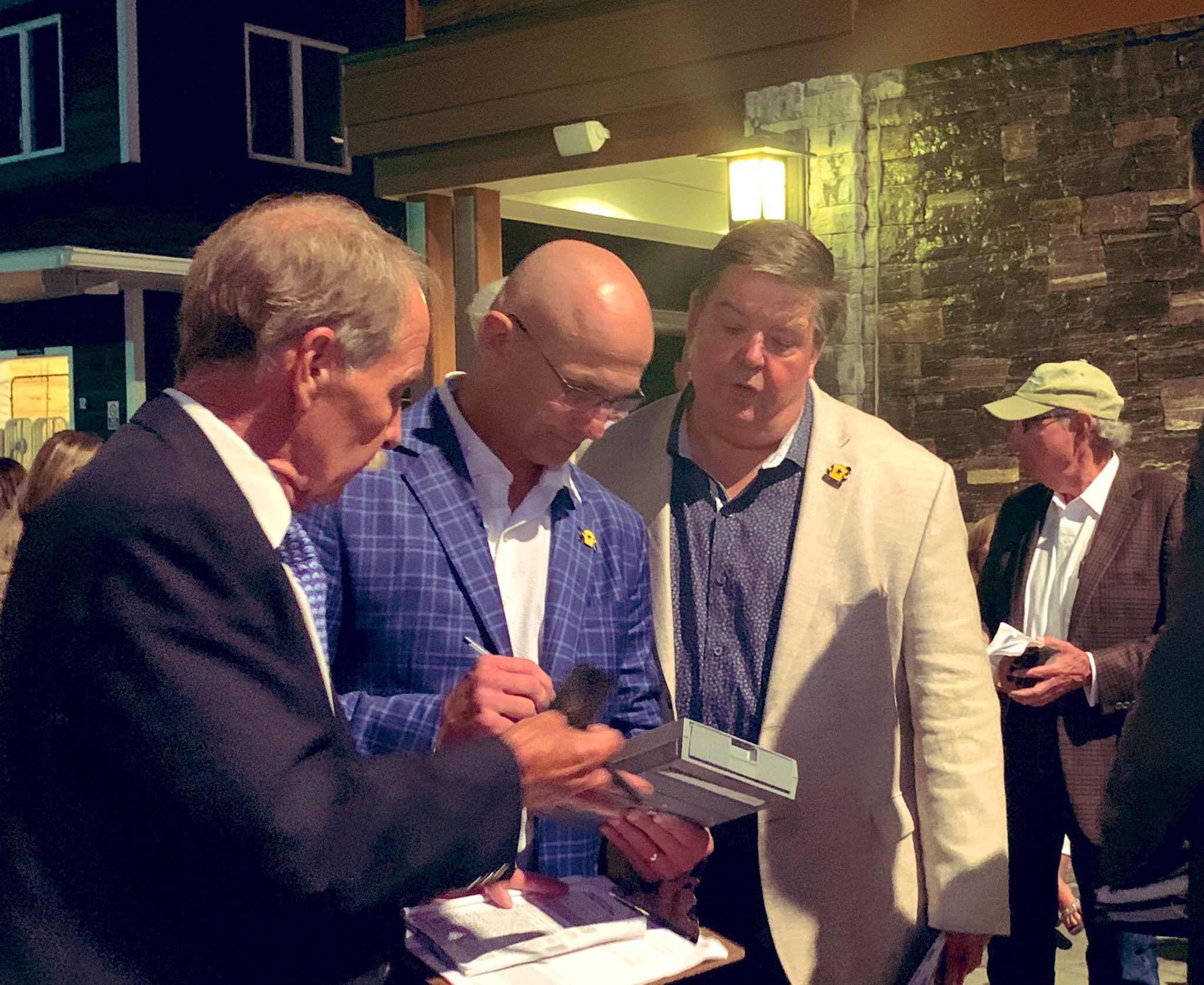