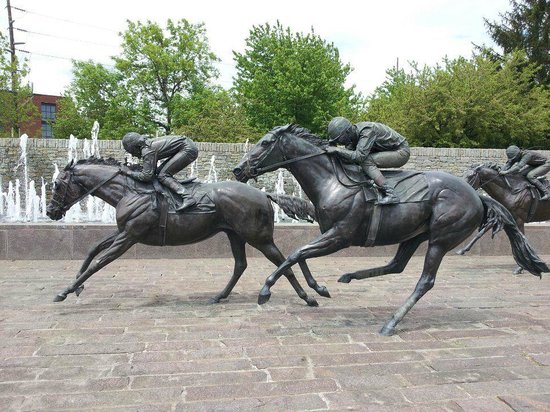 Statues in Thoroughbred Park in downtown Lexington depict a race.

Partners coming to Lexington for live racing this fall are certainly headed in the right direction for a great experience, as few racetracks the world over can match Keeneland’s mix of a distinct setting, modern amenities, quality food and top-flight racing.

Even better, the track happens to be in the middle of a whole lot of worthwhile things to do in the Bluegrass region.

Let’s start off where things really count and focus on dining options.

Terry Finley refers to this as his restaurant “superfecta” in Lexington and I have a hard time disagreeing:

Malone’s Steakhouse has three locations in town, and the newest one is right down the street from the track, off Man o’ War Boulevard, the street of course named for one of racing’s all-time greats (who actually never raced here).

Tony’s is another steakhouse, and it’s downtown, across the street from Rupp Arena, the shrine of college basketball around here. Tony’s is great all around but the creme brulee is off the charts. Save room for dessert!

Dudley’s also is downtown and is the traditional go-to spot for the racing set after a day at the races. 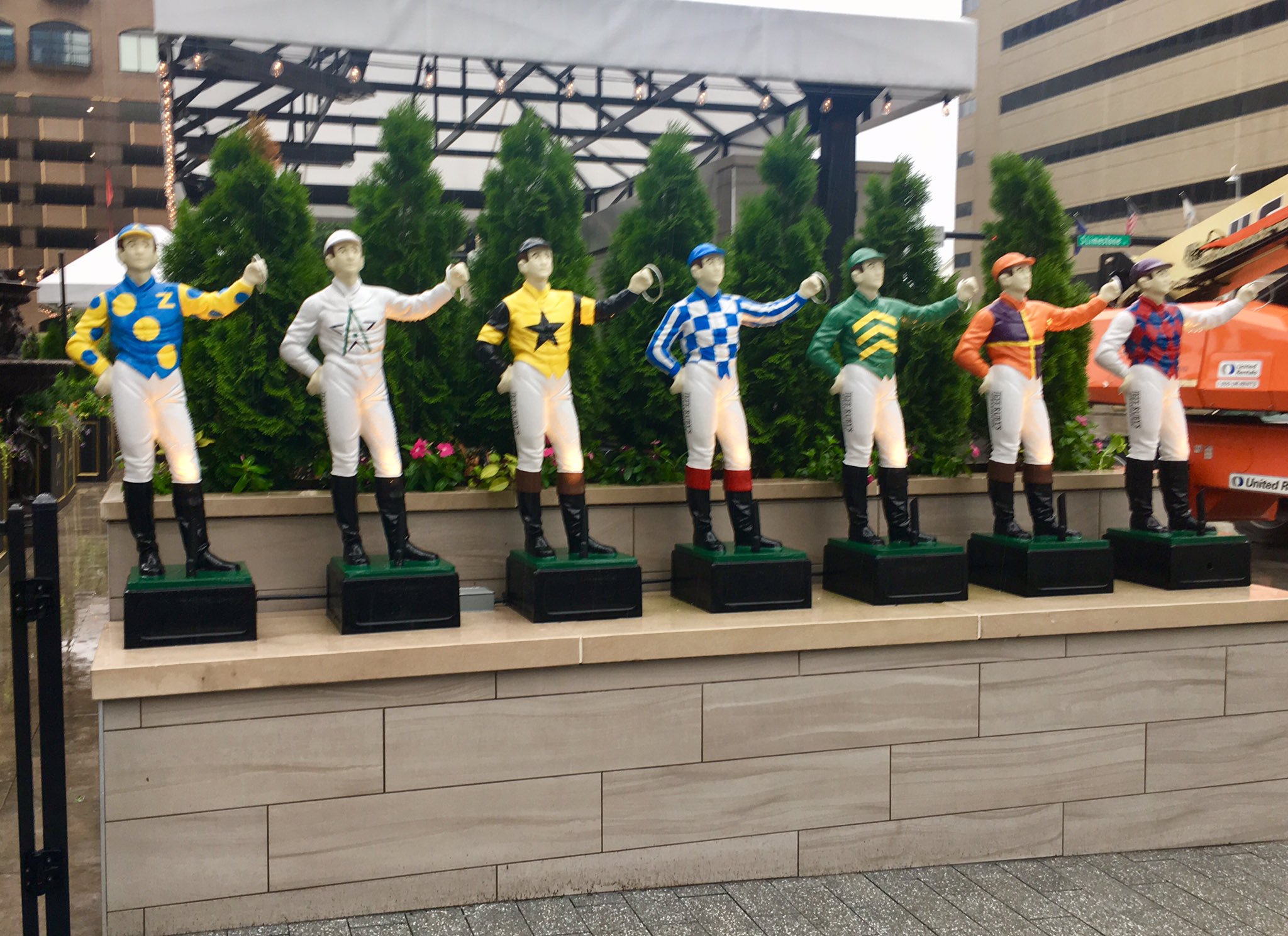 Jeff Ruby’s Steakhouse in the new City Center in Lexington.

Jeff Ruby’s Steakhouse is a newcomer to downtown Lexington but is well established throughout the region and in the horse racing world, prominent from advertising on the pants of several top jockeys. Jeff Ruby also is a member of the group that campaigns stakes winner Dabo with West Point.

Midway, about 20 minutes west of Lexington, is a fun village with shops and eateries worth exploring, highlighted by the Heirloom restaurant.

Okay, so where to go, besides the essentials (food and racing)? In town there are a couple of historical sites worth visiting: the Mary Todd Lincoln House, the childhome of Mrs. Abraham Lincoln, and the Henry Clay Estate known as Ashland, which was the hemp plantation of Kentucky’s statesman known as “The Great Compromiser.” Both offer guided tours on the hour.

But this is bourbon and horse country, right?

For details on the Bourbon Trail, go here. I have been to just about all the distilleries and consider Woodford Reserve to be the standout. It doesn’t hurt that it is nestled right in with premier horse farms along Versailles Road, including Coolmore’s Ashford Stud, Gainsborough Farm, Stonestreet Farm and Pin Oak Stud, all scenic gems.

The stud farms as a whole are very accommodating and the Thoroughbred industry latched onto a great concept a few years ago in establishing Visit Horse Country, based on the success of the Bourbon Trail, in arranging visits to full-service farms, vet clinics and equine retirement centers.

Claiborne Farm in Paris is about 40 minutes from Keeneland but is one of the most visited attractions in the state, with its rich history (the equine graveyard is like a wing of the Hall of Fame, with headstones for Secretariat, Nijinsky, Mr. Prospector, Round Table, and Swale), top stallions, and a dedicated tour staff and facility. For star power and beautiful facilities, Darley’s Jonabell Farm in Lexington may be as good as it gets.

The Summit used to be a working farm in Lexington but recently has been transformed into a shopping and dining mecca. Guys, check out Crittenden Rawlings, either here or at the other retail store in Midway, for fine menswear. This is John Calipari’s go-to source. The line is sold by other retailers throughout the country, but Crittenden’s only stores are these two in the Lexington area.