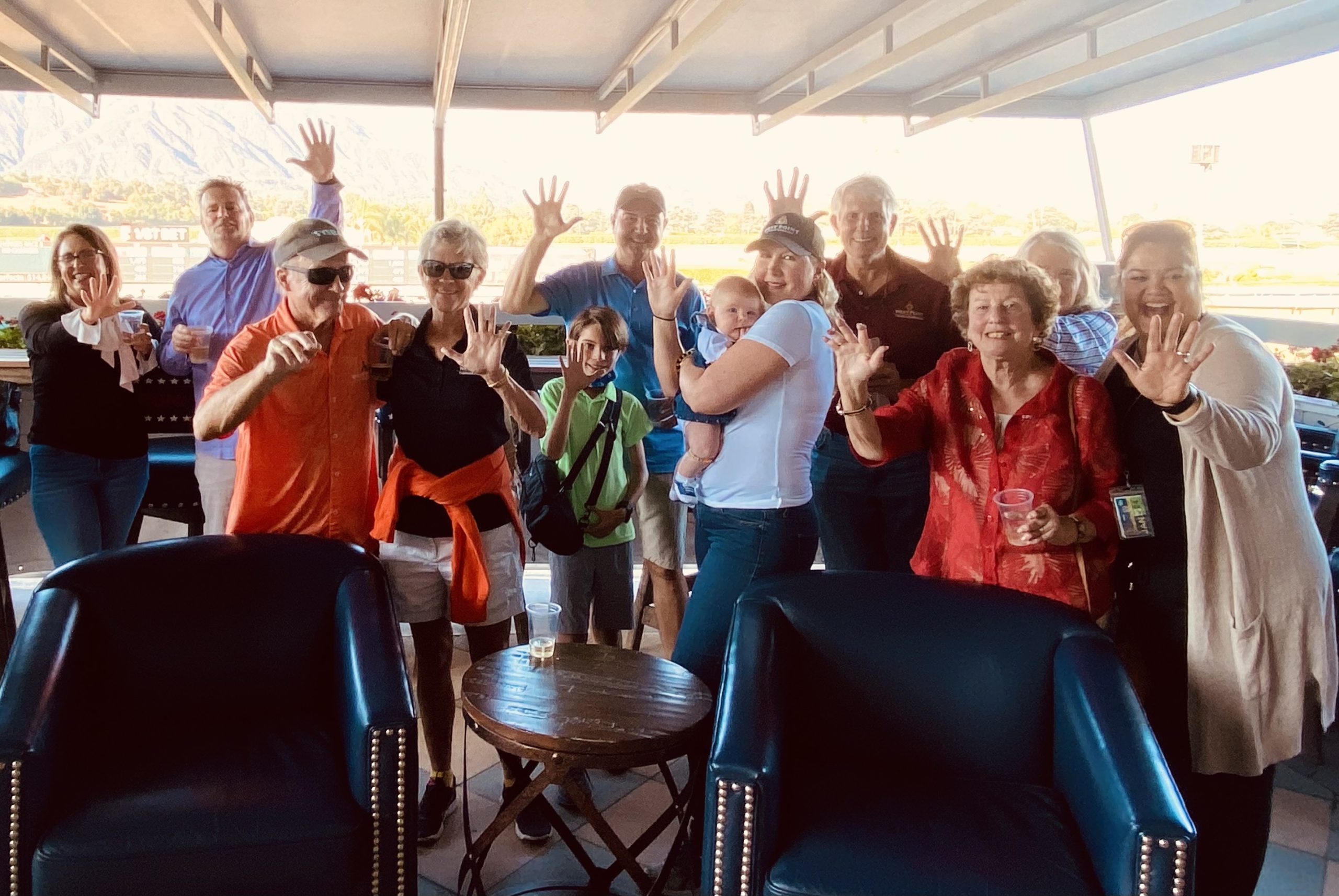 It was an incredible Saturday of racing for West Point Partners, with five wins and two graded stakes placings! That’s seven wins since Wednesday night! We had action all across the country and are proud of our horses and the dedicated teams behind them. People invest in racehorses to participate in Saturday afternoon races, so days like today are very special!

Cavalry Charge pushed his earnings past the 300k mark with a gutsy win in a high-level allowance race on Friday at Keeneland. Trained by Dallas Stewart and co-owned with William Sandbrook and Rob Masiello, the son of Honor Code is now bound for stakes races. “He’s so dangerous when he’s on or right near the lead going two turns on the turf,” said West Point EVP Jeff Lifson. 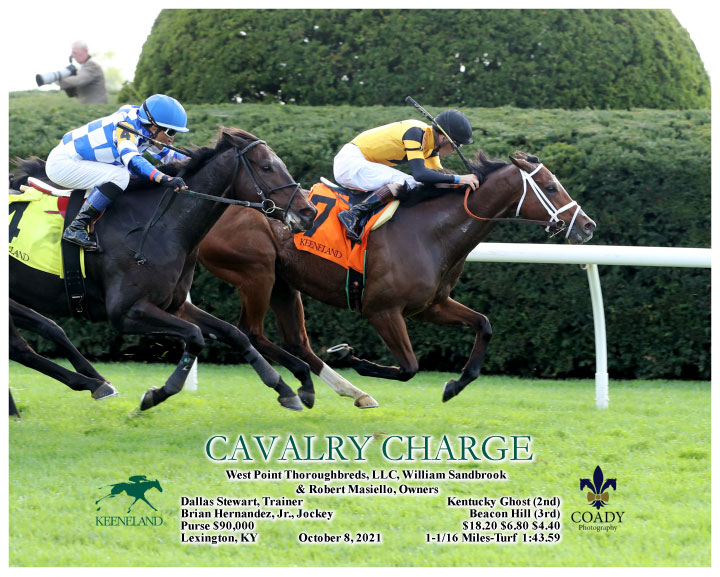 Swot Analysis won impressively off the layoff for trainer Mark Casse. West Point co-owns the gray colt with D.J. Stable and Cash Is King LLC. The Louisiana-bred is bound for New Orleans for the winter. “He’s just such a beautiful horse,” said Casse. “We’re excited to have him back in action.”

Gal in a Rush came flying to finish second at nearly 30/1 in the Matron Stakes (G3T) at Belmont. It’s exciting to get a graded stakes placing on this well-bred Ghostzapper filly’s resume. Trained by Christophe Clement, she’s co-owned with Chris Larsen and Titletown Racing Stables.  Clement. “Thank you for letting us being ambitious with a filly who was training very well,” said Miguel Clement.

County Final stepped up in class and ran a gusty third in the Woodford Stakes (G2T) at Keeneland for Hall of Fame trainer Steve Asmussen. The gelded son of Oxbow competed strictly in age-restricted races and faced older horses for the first time today. “Turning for home I thought he might be last,” said Terry Finley, “He just kept coming. The two in front of him are very, very accomplished.”

After a near-miss at Saratoga, Phantom Smoke got the job done in a NY-bred first-level allowance at Belmont. Like Gal in a Rush, he’s by Ghostzapper and trained by Christophe Clement. He’s co-owned with New Phoenix Stable, Steven Rocco, and Daniel Burke. “It’s a good feeling when Joel Rosario has a lot of horse at the top of the stretch,” said West Point COO Tom Bellhouse.

The ever-honest Voodoo Zip won his third race of the year today. A barn favorite, he’s never been off the board in 12 career starts. Like stablemate Phantom Smoke, he’s trained by Christophe Clement and ridden by Joel Rosario. His races are always well attended by West Point Partners! “We all just love this horse,” said Tom Bellhouse. “He’s never, ever run a bad race and has simply blossomed the past few months in the Clement barn.”

Giant Game, a member of Giant’s Causeway’s four-horse last crop, was victorious at Keeneland in his first try around two turns. Trained by Dale Romans and co-owned with Albaugh Family Stables, the 2-year-old colt is bound for stakes action. “I’ve always loved this colt,” said Dale Romans. “It was cool to see him make the lead then put his ears up.”

Last but not least, 5-year-old mare England’s Rose became a stakes winner with an awesome performance in the Swingtime Stakes at Santa Anita. She’s been patiently handled by trained John Shirreffs, and figures to be a real force in the long-distance turf ranks for older fillies and mares. She’s co-owned with Mercedes Stable, Scott Dilworth, David and Dottie Ingordo, and Steve Mooney. “Very proud of her,” said Shirreffs. “Victor rode a great race and now we will step up in class.”