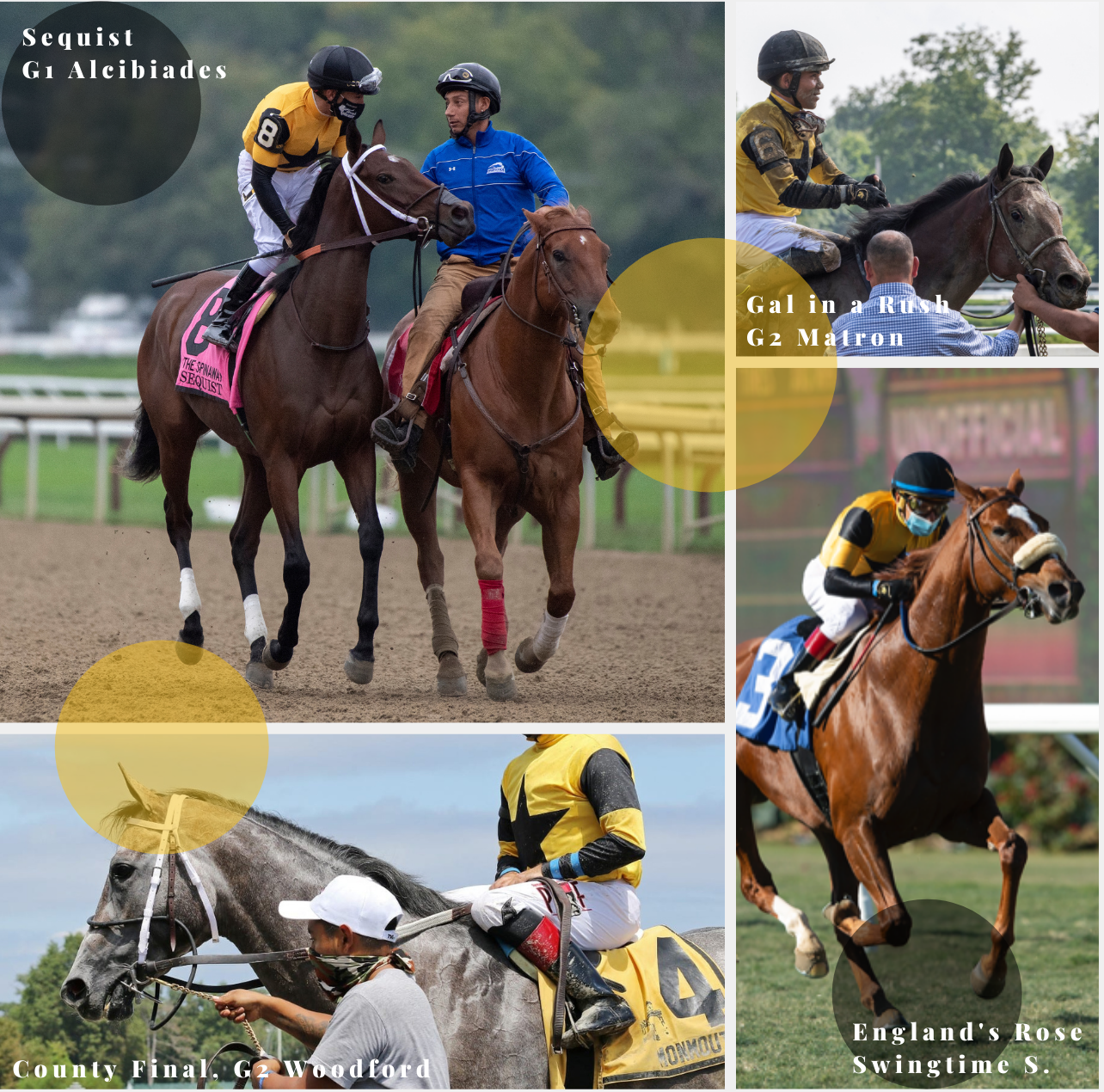 West Point has a dozen horses lined up for races this weekend with Sequist, Gal in a Rush and County Final all tackling Graded stakes events.

Sequist, a two-year-old filly who finished fourth in the Grade 1 Spinaway Stakes at Saratoga, gets her second straight assignment at the highest level, stretching out around two turns in Friday’s $400,000 Darley Alcibiades Stakes (G1) at Keeneland.

Junior Alvarado keeps the mount on Sequist, flying in from New York for Friday’s card. Dallas Stewart trains her.

Gal in a Rush, another 2-year-old filly, steps up for the $150,000 Matron Stakes (G3T) on Saturday at Belmont. She finished second and was promoted to the win spot in a maiden special weight going a mile on September 17 at Belmont. She will race seven furlongs with Dylan Davis up for trainer Christophe Clement in the Matron.

County Final, a stakes-winning 3-year-old gelding, takes on older horses for the first time in Saturday’s $200,000 Woodford Stakes (G2T) at Keeneland. The gray Steve Asmussen trainee finished second by a head in the Greenwood Stakes at Woodbine this summer.

Additionally, England’s Rose will make her stakes debut Saturday in the $70,000 Swingtime at Santa Anita. She won a first-level allowance at Del Mar last time out for trainer John Shirreffs and jockey Victor Espinoza.