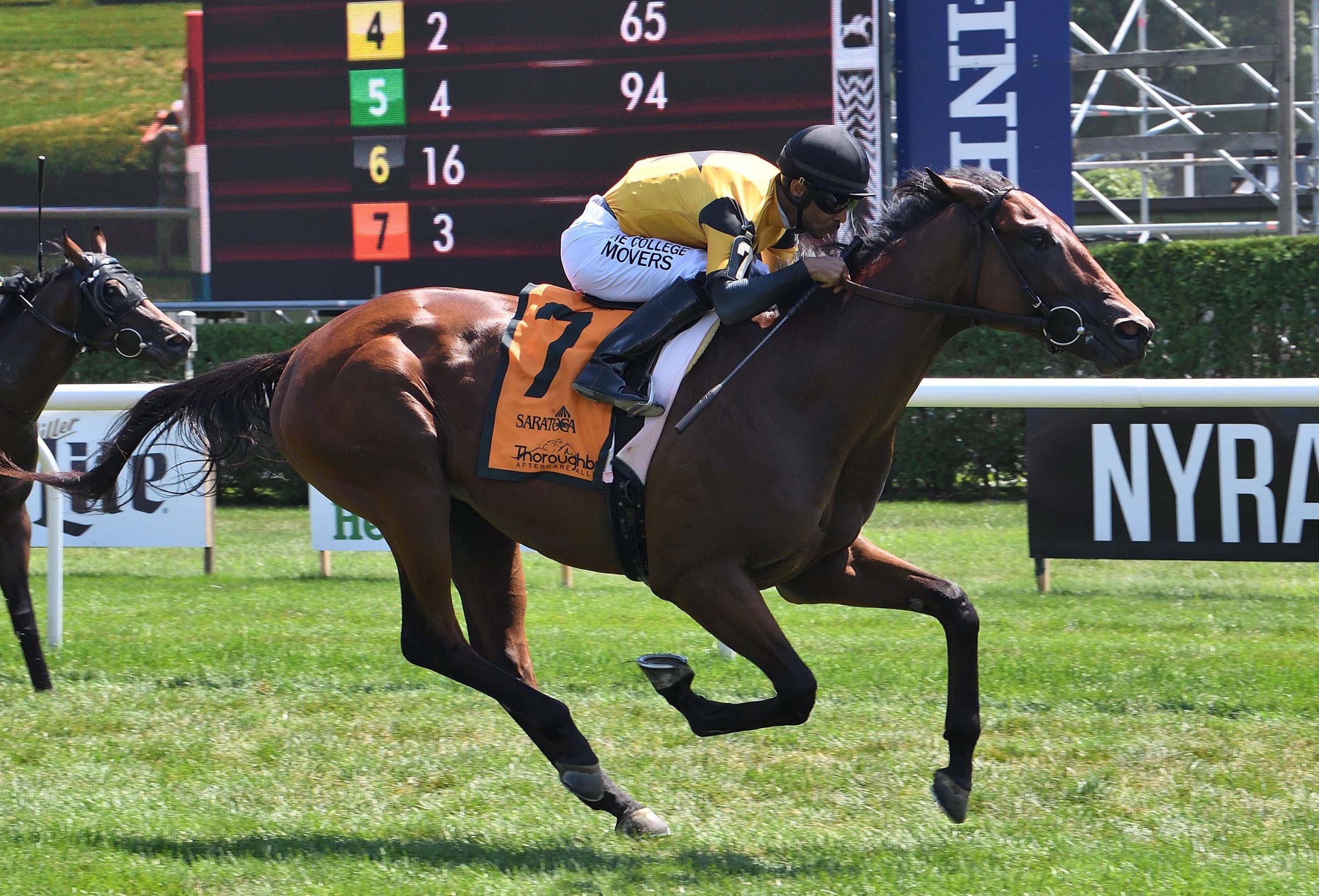 Battle of Normandy aims for a Breeders’ Cup “Win and You’re In” ticket on Sunday in the $200,000 Pilgrim Stakes (G2T) in the Belmont at the Big A meet, with remnants from Hurricane Ian expected to be an X-factor.

Heavy rain is in the forecast Saturday and Sunday in New York as the storm system moves up the East Coast. Battle of Normandy is 9/2 on the morning line in a big field, with Kendrick Carmouche to ride for Hall of Fame trainer Shug McGaughey.

A yearling purchase in 2021, Battle of Normandy captured his career debut at Saratoga on August 6 and went on to finish second by a neck in the Grade 3 With Anticipation on August 31.

Battle of Normandy is a half brother to the Twirling Candy colt West Point acquired as Keeneland September two weeks ago.

Voodoo Zip also will tackle a Breeders’ Cup prep at Aqueduct on Saturday in the $200,000 Belmont Turf Sprint (G3). The 5-year-old horse finished fourth, beaten 2 1/4 lengths, in the Lucky Coin Stakes at Saratoga and gets a rematch with the top three finishers. Voodoo Zip owns two wins from three career starts at the six-furlong distance of the Belmont Turf Sprint. Joel Rosario will ride for trainer Christophe Clement.