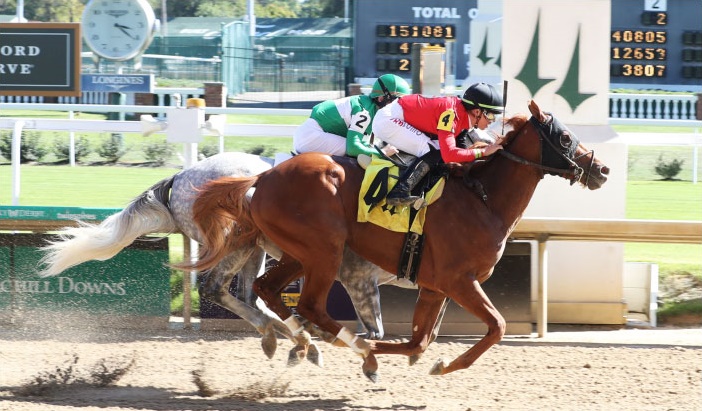 Back home where he finished fifth across the wire in the 2021 Kentucky Derby, O Besos closed through the stretch Saturday and got up just in time for a popular victory beneath the Twin Spires.

Hammered down to 4/5 odds for his first start since April, O Besos nailed longtime leader Surveillance to score by a head in the “three other than” allowance for leading jockey Tyler Gaffalione and trainer Greg Foley.

This was the second dramatic win for O Besos in 2022: he got up by a nose around two turns at Fair Grounds on January 2.

O Besos now owns four wins, a second and two thirds (in the Grade 2 Louisiana Derby in 2021 and the Grade 3 Commonwealth Stakes in April) for owners Bernard Racing, Tagg Team Racing, Terry Stephens and West Point. He has earned $439,229 officially at this point, although he is due for $60,000 more once the 2021 Kentucky Derby is in the books for good based on the disqualification of Medina Spirit that moves O Besos up to fourth place.