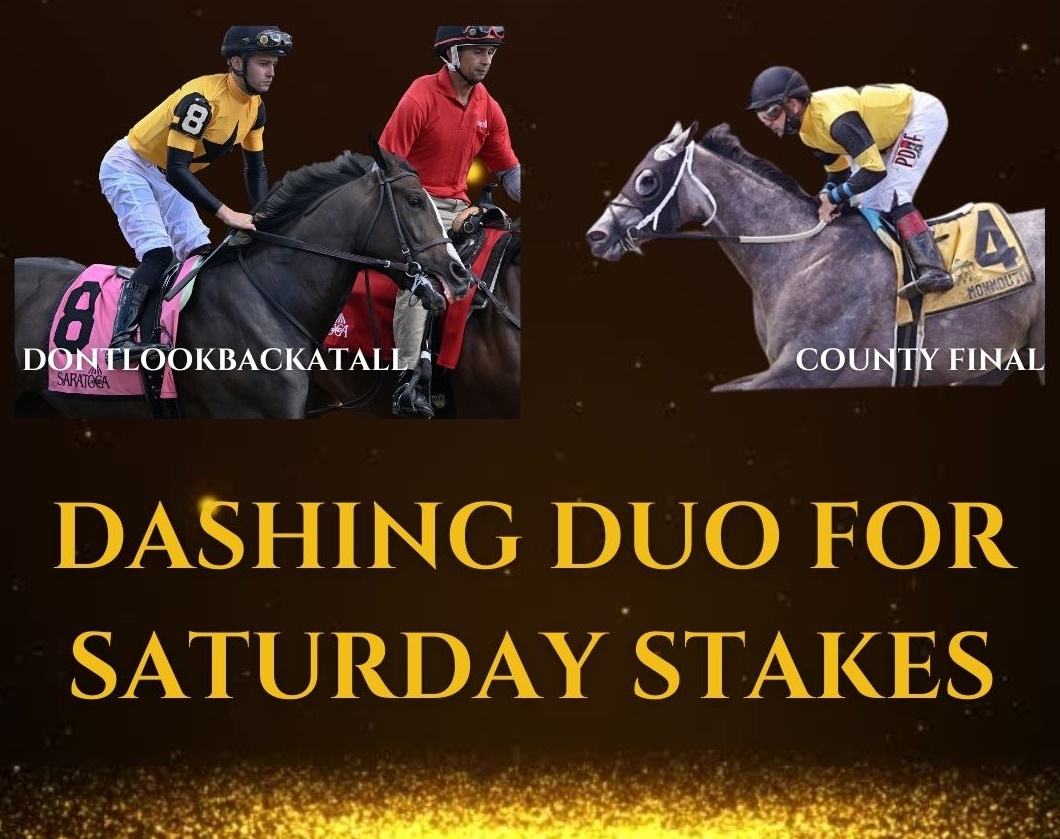 Kicking off a fall meet that culminates in the Breeders’ Cup World Championships, County Final carries the baton for Saturday’s Grade 2 Woodford Stakes on the grass at Keeneland.

County Final finished third to heavy favorite Golden Pal in this same race last year and will likely have the same target underneath Ricardo Santana Jr. on Saturday, with Golden Pal listed at 4/5 in the program.

A 4-year-old gray gelding, County Final won a high-level allowance at Colonial Downs in August and finished fourth in the Da Hoss Stakes there on September 6, getting promoted to third with the disqualification of the runner-up for interference. Trained by Steve Asmussen, County Final ran well in defeat in the Breeders’ Cup Juvenile Turf Sprint on the Keeneland course in 2020 and owns four wins lifetime and earnings of $442,886.

Dontlookbackatall also moves forward to Graded stakes competition Saturday in her second career start, shooting for the $150,000 Matron Stakes (G3T) for 2-year-old fillies at Belmont at the Big A.

The Pennsylvania-bred filly drew off in her debut on August 25 at Saratoga, scoring by two lengths. Manny Franco takes the reins for trainer Christophe Clement in the 6-furlong Matron.

Another fast filly Kodama will be in action Friday night in the $75,000 Honey Bee Stakes on the grass at the Meadowlands. Trained by Arnaud Delacour, Kodama is coming off two straight allowance wins at Delaware Park under the track’s leading jockey Jaime Rodriguez, who will be there to ride her in the 5-furlong Honey Bee for 3-year-old fillies.