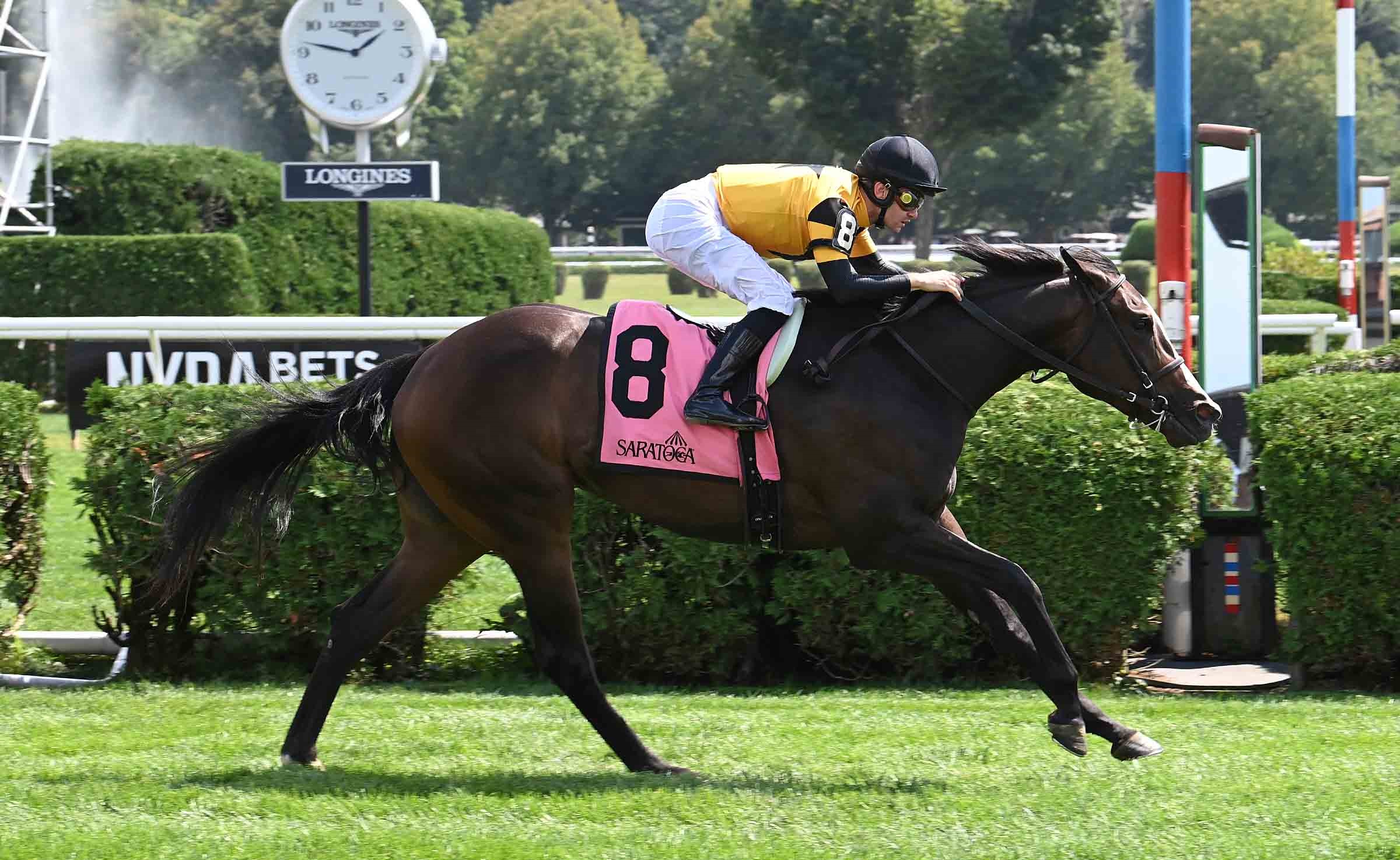 Debut runner Dontlookbackatall soared through the stretch at Saratoga on Thursday for an impressive victory.

Just like WPT’s 1000th winner on Sunday, #1001 came from the Christophe Clement barn.

Acquired in March at the OBS sale of 2-year-olds in training, Dontlookbackatall ignited at the top of the stretch for jockey Flavien Prat and overpowered the field of 2-year-old fillies.

Raced in partnership with Scarlet Oak Racing and Titletown Racing Stable, Dontlookbackatall is a daughter of the fairly obscure War Front stallion Peace and Justice. She was acquired through the consignment of Ocala Stud, just like Stone Silent, a 2-year-old filly who won a stakes race at Santa Anita in her debut in June.

Celebration in winner’s circle and interview with Christophe Clement: