West Point Thoroughbreds achieved the 1,000-win mark Sunday when Phantom Smoke scored in Race 2 at Saratoga. Founded in 1991 by Terry and Debbie Finley, the partnership company is in its 32nd racing season.

“This is a wonderful milestone for West Point and all the partners we’ve had along the way, thousands of people who have entrusted us with their aspirations and their investment in horse racing,” Terry Finley said. “I can’t thank them enough. What a game Thoroughbred racing is, take it from me, we started with a $5,000 claimer at Philadelphia Park and that was an awesome experience; I’ll never forget the feeling when we won our first race. It never gets old. 1,000 is a very nice round number to look back and reflect and appreciate the partners, the horses, the riders and the trainers and their staffs. I thank them all.”

“One big point of pride, and I have to commend our trainers through the years for being able to say this, is that we have never had a horse come up with a positive drug test,” Terry said.

Irad Ortiz Jr. guided Phantom Smoke, a 4-year-old New York-bred trained by Christophe Clement. He earned his third career victory Sunday, despite breaking through the starting gate prior to the start.

“Of course he did,” Terry chuckled.

West Point Thoroughbreds By the Numbers: 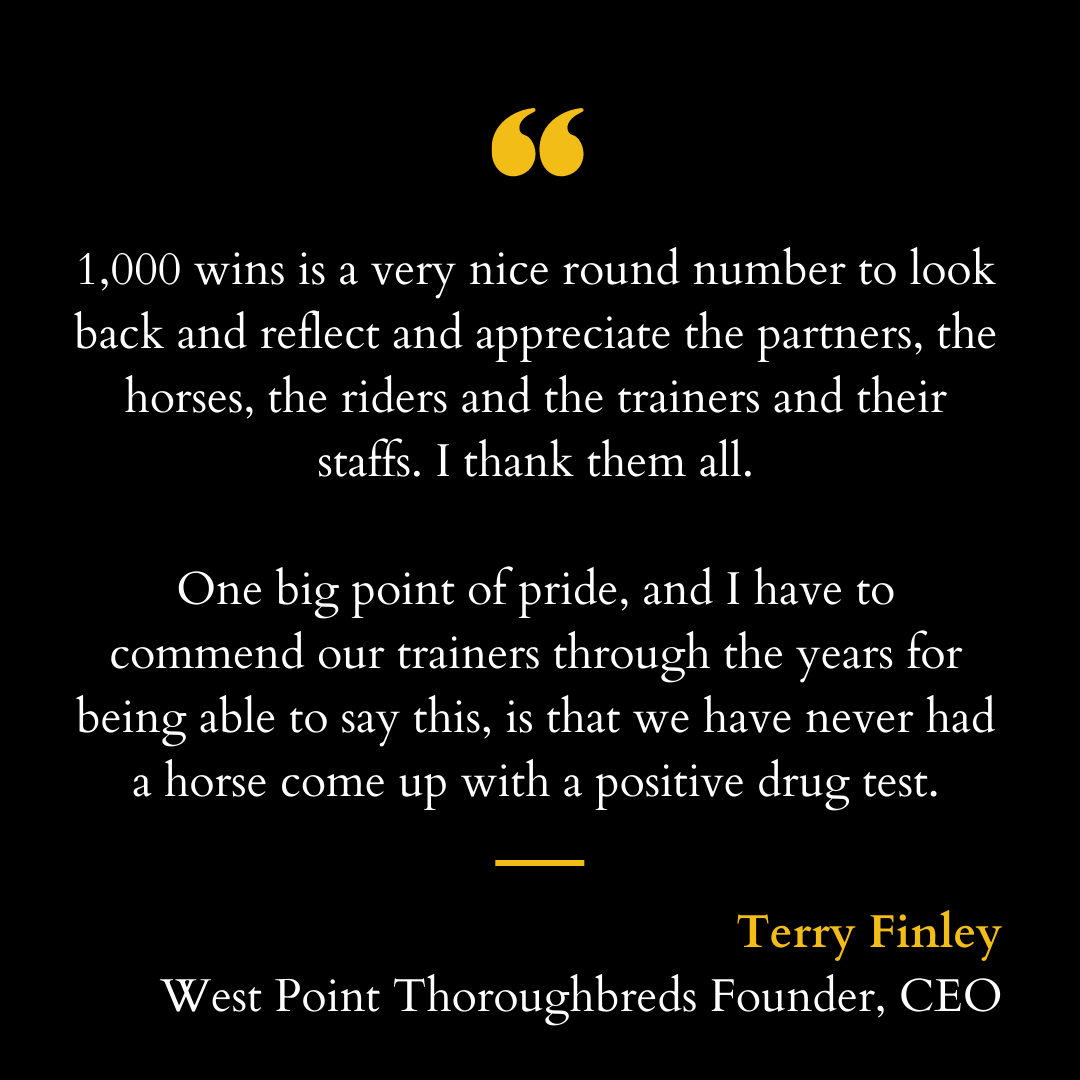 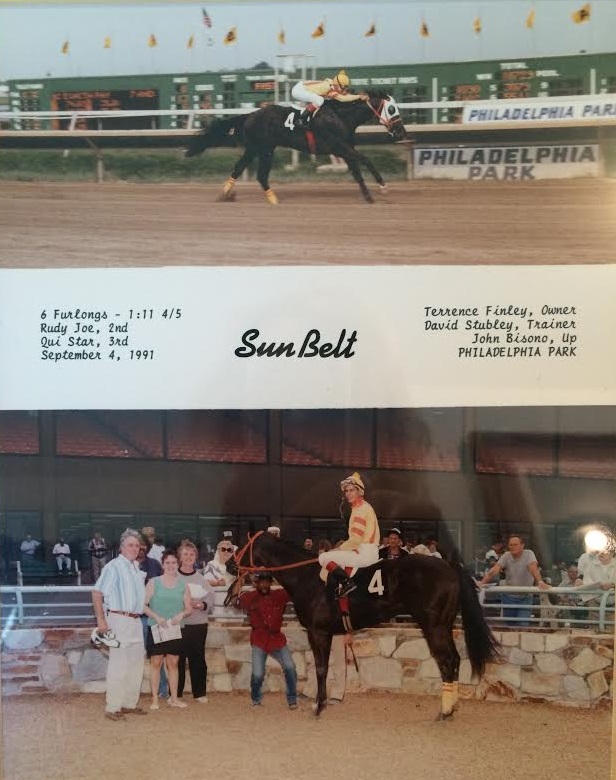