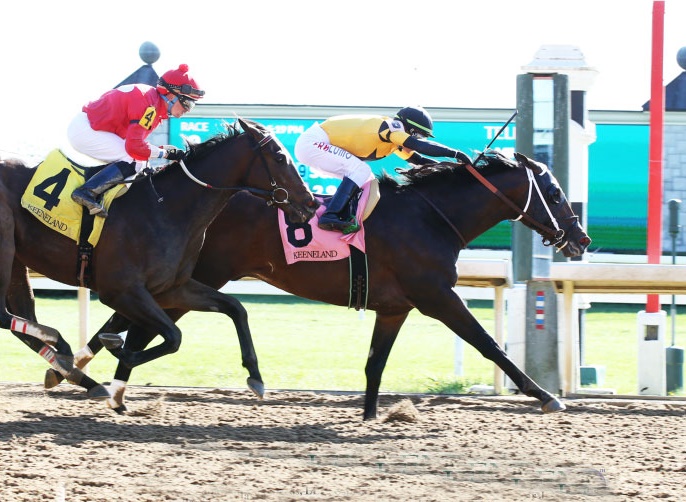 Brigadier General marched to a sharp victory at Keeneland on Thursday, putting the pieces together for jockey Tyler Gaffalione and trainer Dallas Stewart.

The 3-year-old Street Sense colt followed up on a second-place finish against older horses at Fair Grounds last month when he added blinkers and stretched out around two turns for the first time. Back against fellow 3-year-olds on Thursday in the $100,000 maiden special weight, Brigadier General stalked the pace in the clear and drove to the front approaching the far turn, holding off a late challenge to score by a half-length.

Brigadier General has bounced back in these last two races after beginning his career with a strong second-place finish last June at Churchill Downs behind the eventual Grade 1 Hopeful Stakes winner Gunite.

On Friday, 3-year-old filly Unbridled Mary will make her stakes debut at Keeneland in the $200,000 Limestone Stakes, shipping in from the West Coast, where she has kicked off her career with two straight victories.

Veteran Joe Bravo was the pilot in both wins and will be there in Kentucky to guide her in the 5 1/2-furlong Limestone.