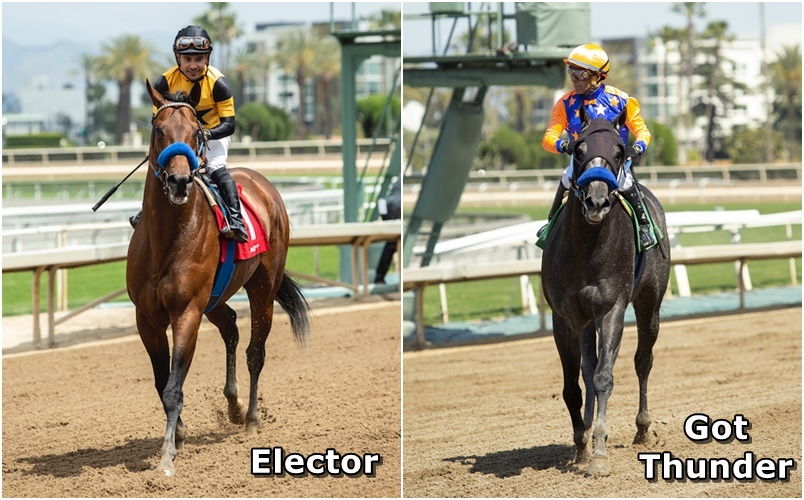 As Flightline begins to rev back up after a brief timeout, his stablemates Elector and Got Thunder came through with a double for trainer John Sadler over Easter weekend at Santa Anita.

It was two in a row for Elector, guided by Ricky Gonzalez to a front-running allowance score Saturday, negotiating the rail post and notching a 95 Beyer speed figure. He had graduated by 4 3/4 lengths second time out on February 26 when he earned a 97 Beyer.

West Point acquired Elector as a 2-year-old in training in April 2020 as the COVID-19 pandemic disrupted everything, including the plan for the colt to be offered in the OBS April sale. Instead, West Point and David Ingordo worked out a private deal with consignor David McKathan.

Got Thunder broke through as the favorite in a maiden special weight Sunday underneath Hall of Fame rider Victor Espinoza.

From the first crop of Horse of the Year Arrogate, Got Thunder was purchased at the 2021 OBS April sale with co-owner Michael Talla. The colt is a half brother to West Point’s Graded-stakes placed filly Lady Traveler.

Earlier Sunday, Flightline turned in a bullet half-mile work in 47.20, his second drill after spending several weeks on the sidelines with a strained hock. He is pointing for the $1-million Metropolitan Handicap (the Met Mile) (G1) on June 11 at Belmont Park.