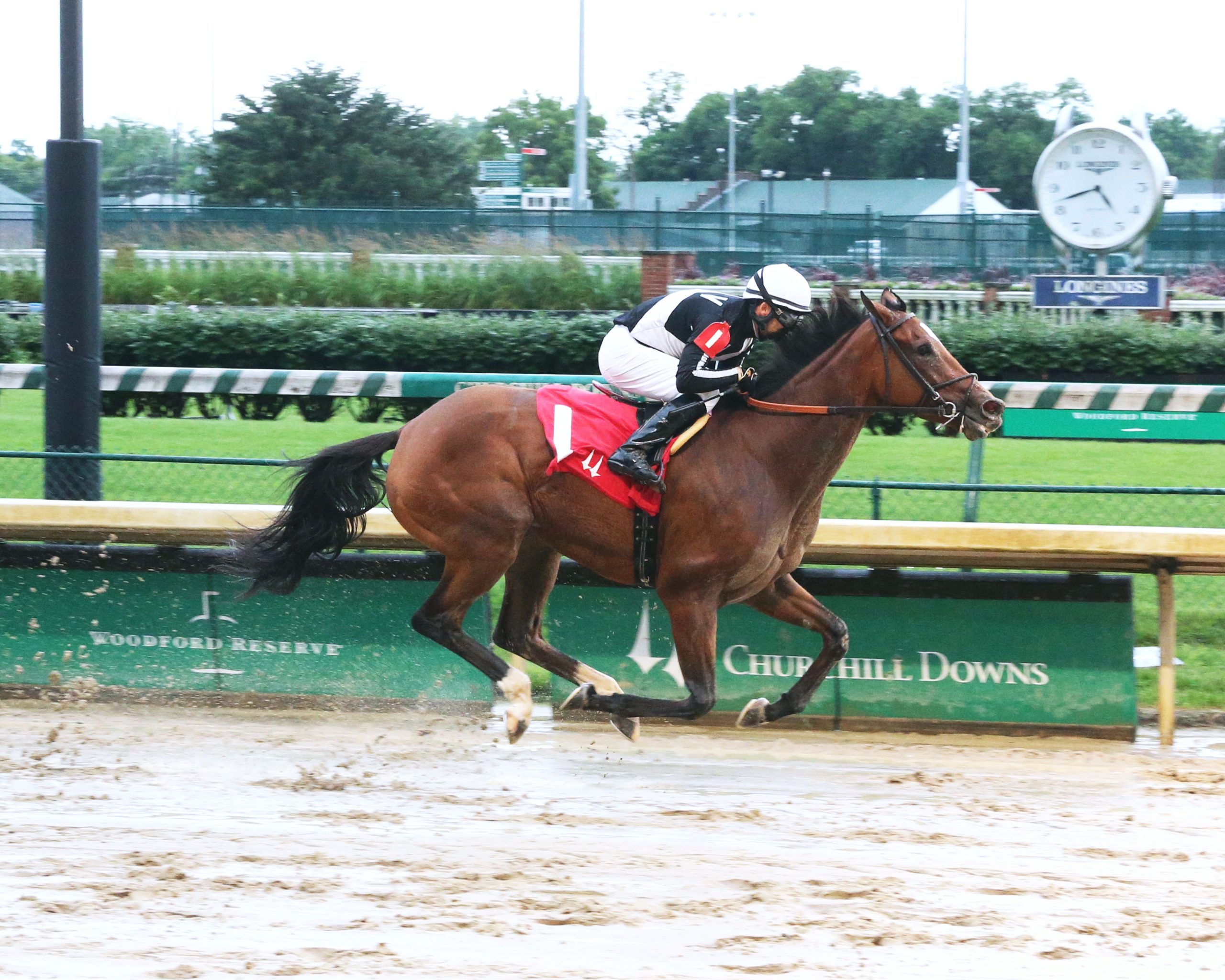 Coach Rocks returns to the winner's circle in style on June 23.

Coach Rocks took a nap in the paddock during a delay prompted by a tornado warning at Churchill Downs on June 23 before promptly running off to a 5-length victory when the storm had passed. On Saturday, the Grade 2-winning filly will see if the summer heat at the Jersey Shore agrees with her easy-going nature in the Grade 3 Molly Pitcher Stakes at Monmouth Park.

Luis Saez will guide Coach Rocks from post two in a field of eight for the mile-and-a-sixteenth Molly Pitcher, headlined by multiple Grade 1 winner Midnight Bisou.

The Molly Pitcher, scheduled for 3:43 p.m. Eastern, is part of Monmouth’s premier card topped by the Grade 1 Haskell.

Romans also trains West Point’s 4-year-old colt Seven Trumpets, who will begin his season on Sunday in the $75,000 Good Lord Stakes at Ellis Park in Kentucky.

Seven Trumpets finished second in the Grade 1 Allen Jerkens Stakes at Saratoga last summer and received some time off after winding up 2019 in the Grade 1 Breeders’ Cup Dirt Mile and Malibu Stakes. Channing Hill has the mount.