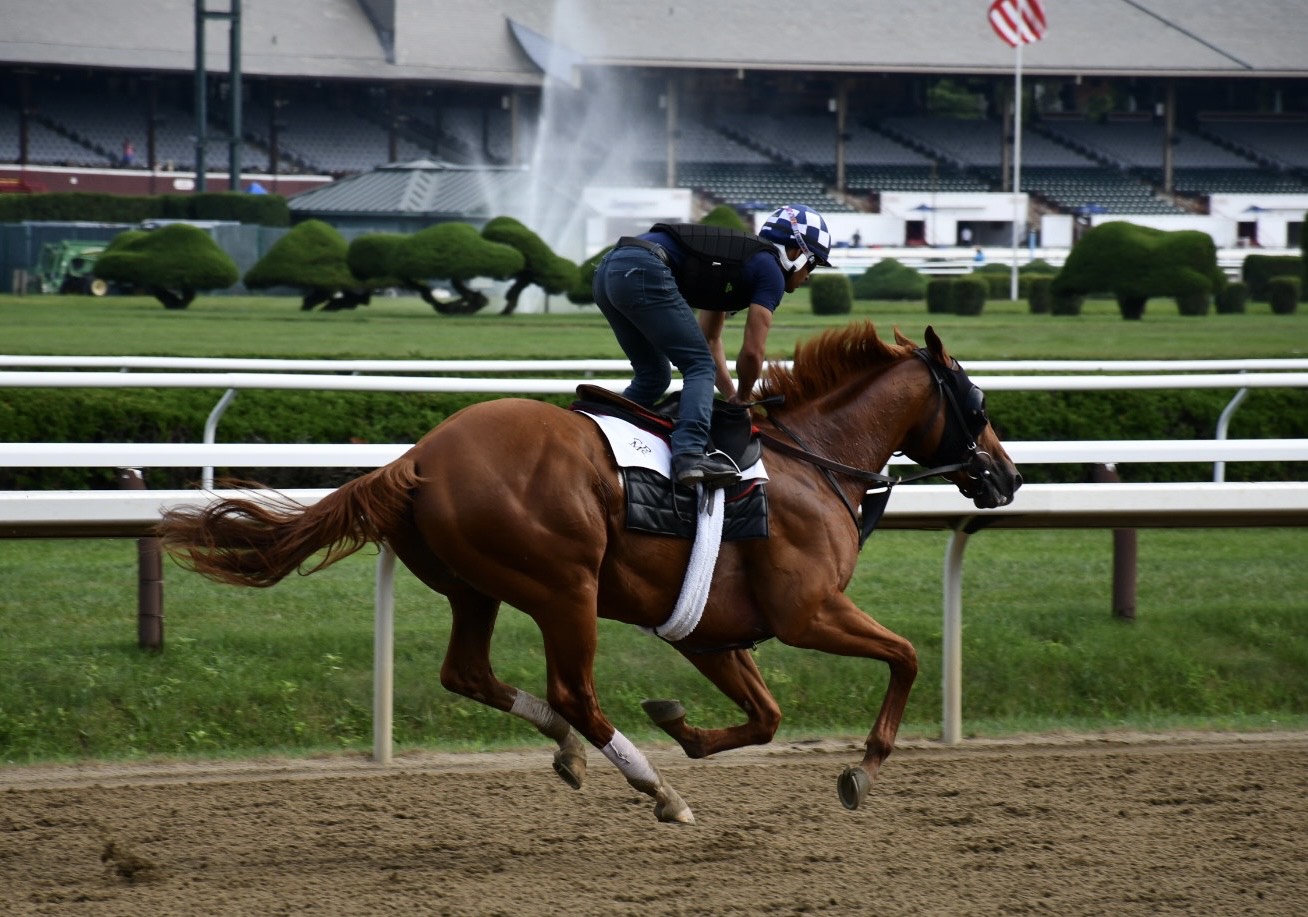 About three hours before Flightline’s bid for the Pacific Classic, First Captain will have a similar grand opportunity in Saturday’s $1-million Jockey Club Gold Cup (G1) at Saratoga. The race will be the focus of a one-hour broadcast on NBC from 5-6 p.m. Eastern.

The 4-year-old colt is 4/1 on the morning line, coming off a victory in the Pimlico Special (G3) in May and a second-place finish by a nose in the Suburban Handicap (G2) in July at Belmont. Luis Saez was the jockey for both those races and will be in the irons again Saturday for Hall of Fame trainer Shug McGaughey.

First Captain has been training the whole meet at Saratoga with the Jockey Club Gold Cup on his agenda.

West Point CEO Terry Finley said, “He has had a superb month up here. Horses do well up here it seems. Talking to my trainer, they say the environment, the air, the water, they just have a lot of things in their favor. This horse in particular, of the horses we have up here, over the last seven weeks has just been really, really solid. He has a confidence about him that I think gives us a lot of confidence.”

Incredibly, First Captain and Flightline were acquired over back-to-back days at the Fasig-Tipton Saratoga select yearling sale in August 2019.