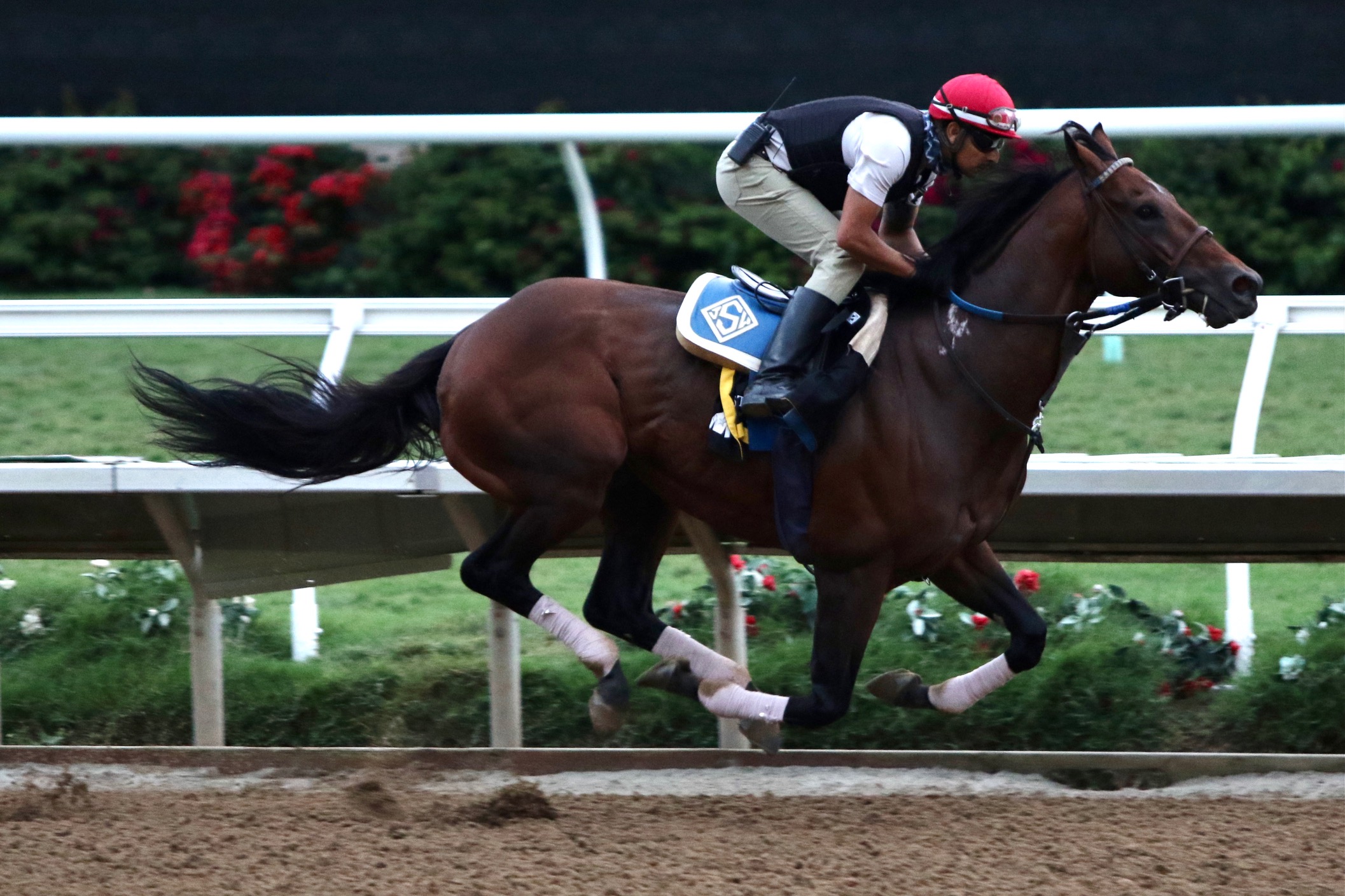 Flightline is the highest-rated horse in the world and now he has the chance to prove himself again Saturday as he stretches out to the classic, mile-and-a-quarter distance in the $1-million Pacific Classic (G1) at Del Mar. He will be odds-on in the program, pegged at 1-to-5 in a field of six.

The 4-year-old colt drew well with post five, to the outside of Dubai World Cup winner Country Grammer and San Diego Handicap winner Royal Ship. Flavien Prat will take the reins, as he has done in all four of Flightline’s previous races, which resulted in four lopsided wins by a total of 43 1/2 lengths.

Flightline passed a distance test last time out scoring by 6 lengths in the Grade 1 Metropolitan Handicap on June 11 at Belmont Park, which was his first race beyond seven furlongs. In August, as he geared up for the Pacific Classic, he worked six and seven furlongs for the first time in his career.

John said in an interview during the post-position draw on TVG: “If you look at his works, we’ve let him gallop out a little farther than when he was when he was going a shorter distance. He has had some really incredible works here.”