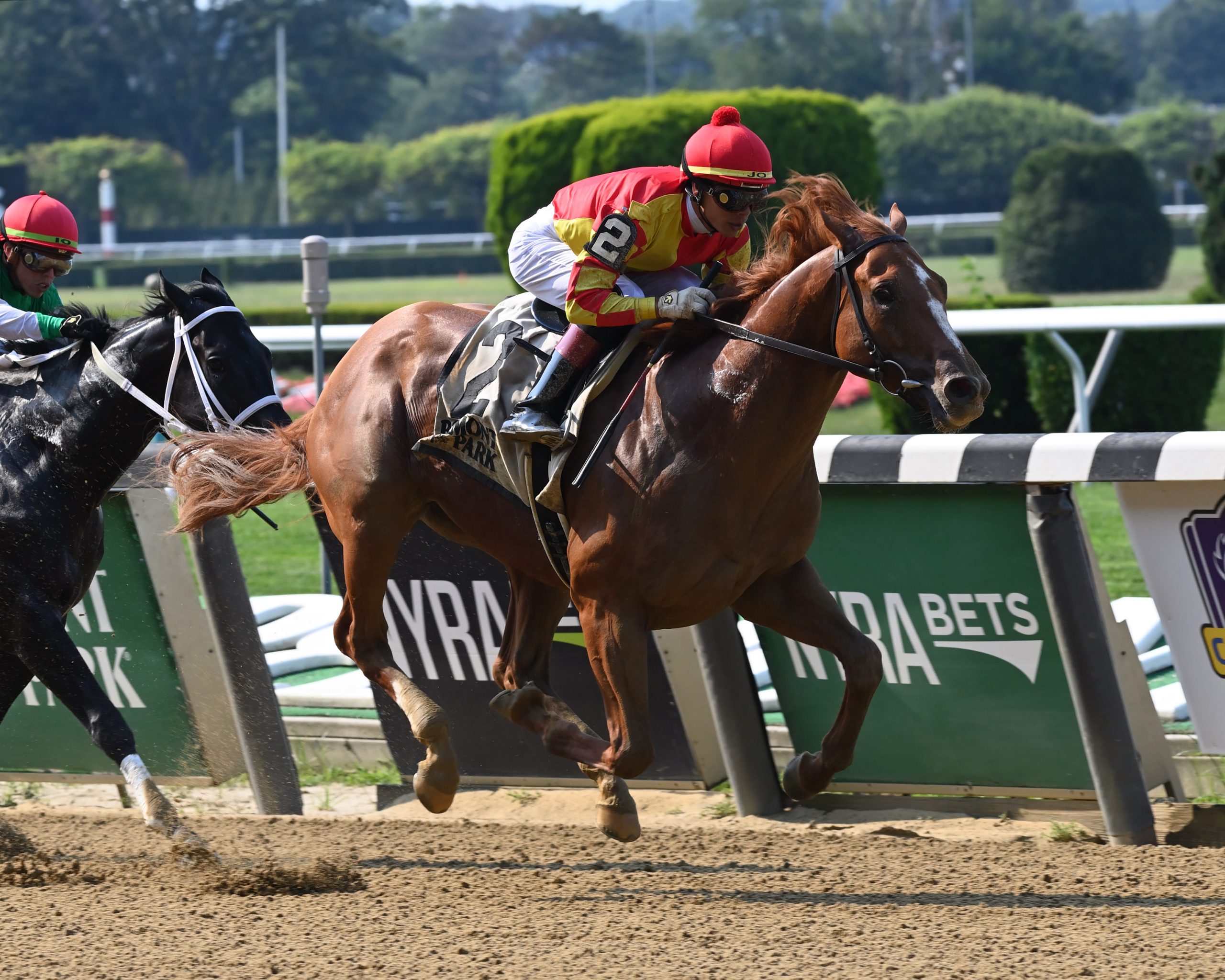 First Captain is in the spotlight Friday as the favorite for the race named after his sire, the $120,000 Curlin Stakes at Saratoga. Post time is 5:39 ET.

The undefeated 3-year-old colt is back in familiar territory: he was co-sale topper at the Fasig-Tipton Saratoga select yearling sale in 2019.

First Captain improved to 3-for-3 and passed his first stakes test in the Grade 3 Dwyer Stakes going a mile at Belmont Park on July 5. The 9-furlong Curlin will be his first try going two turns and could be a steppingstone to the Grade 1 Travers Stakes on August 28 at the Spa.

“He is doing really well up here,” Hall of Fame trainer Shug McGaughey said. “He lost his whole 2-year-old year so he’s still behind, but he’s trying to catch up. I think that his last race was good and he certainly likes this track here. I’m looking forward to it. We have been taking it one step at a time.”

Elsewhere this weekend, Kodama will step up to the stakes ranks in the $100,000 Colleen Stakes for 2-year-old fillies on Sunday at Monmouth Park.

Kodama finished second in her debut at Belmont Park over this 5-furlong trip on the turf.

Christophe Clement trains Kodama, who adds blinkers and cuts back to five-eighths after a fourth-place finish going six furlongs at Belmont.

BloodHorse: West Point, Partners Enjoying Life at the Top at the Sales