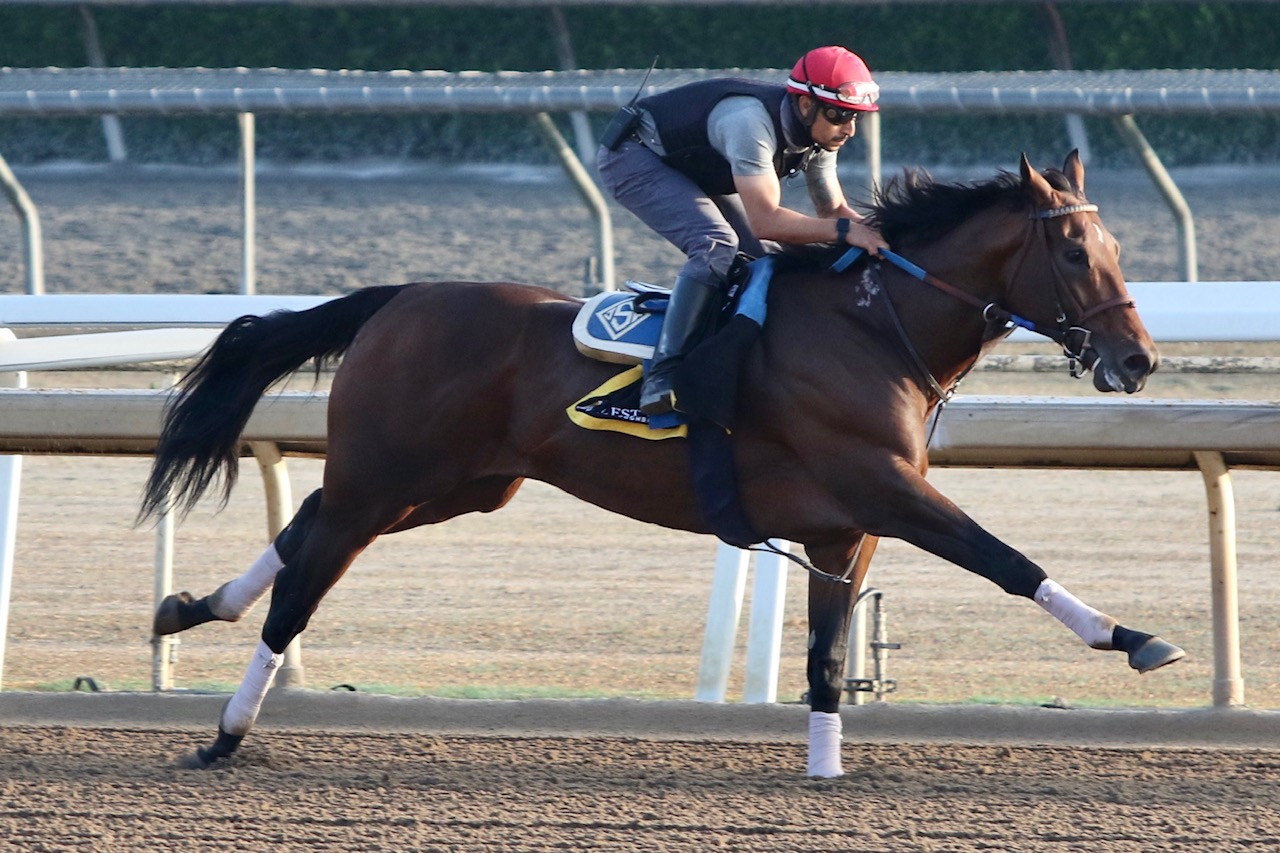 Met Mile hero Flightline returned to the work tab Saturday by sailing through a half-mile at Santa Anita. He is scheduled to work again this weekend before shipping down to Del Mar to continue preparations for the $1-million Pacific Classic (G1) on September 23.

Flightline was credited with a bullet time in 47 but John Sadler clocked it in 48.

“He’s doing wonderful,” John said. “We want to see him relax and this was a very nice work.”

September 3 is shaping up as a red letter day for West Point, with Flightline on the West Coast in the Pacific Classic and First Captain tackling the $1-million Jockey Club Gold Cup (G1) at Saratoga. First Captain finished second by a nose in last weekend’s Suburban.

First Captain coming up a nose short to Dynamic One in the Grade 2 Suburban at Belmont: 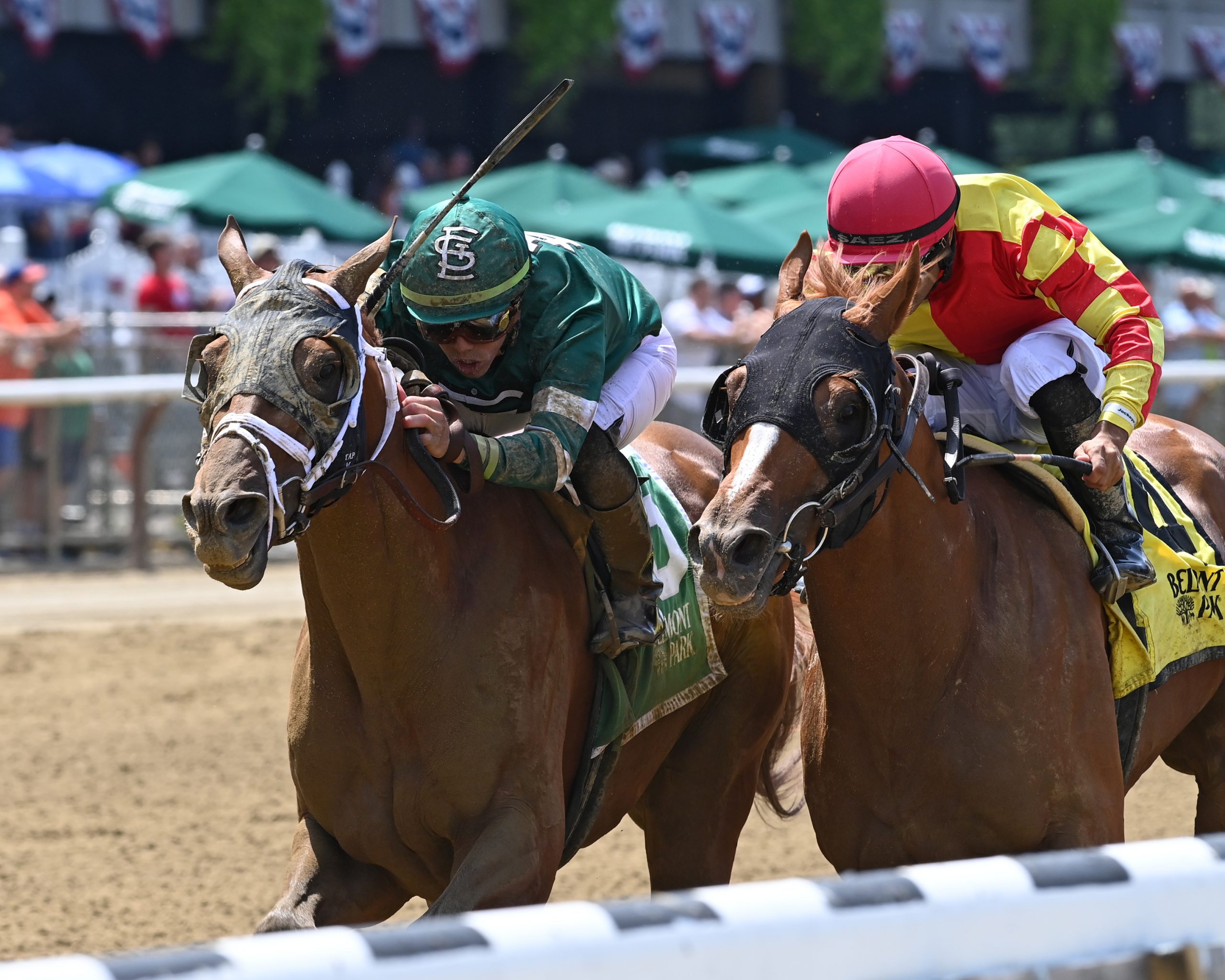