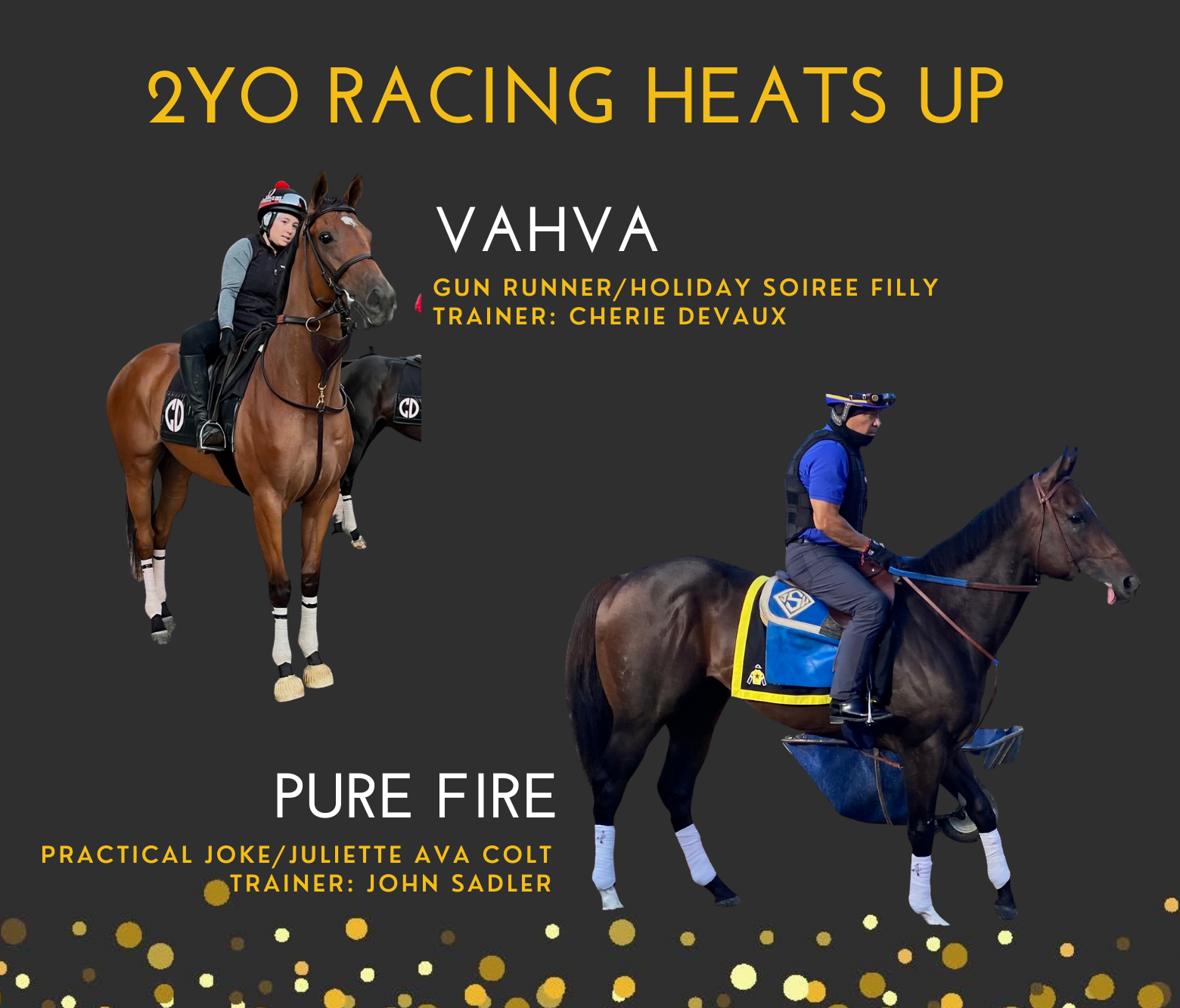 Saratoga and Del Mar are exciting showcases for 2-year-olds and West Point will look to get in on the fun on Sunday with stakes-placed Pure Fire and debuting Vahva.

From a handful of juvenile starts so far in 2022, WPT has been represented by Stone Silent, who captured the Fasig-Tipton Debutante Stakes at Santa Anita in her debut for trainer John Sadler. John also trains Pure Fire, who began his career with a third-place finish in the Fasig-Tipton Futurity on the same card at Santa Anita. On Sunday, Pure Fire will take on a full field of maidens in Race 4 at Del Mar. Tyler Baze retains the mount.

Vahva, our first 2-year-old runner at Saratoga, is a daughter of leading sire Gun Runner, trained by Cherie DeVaux. Luis Saez will take the reins in Sunday’s sixth race.