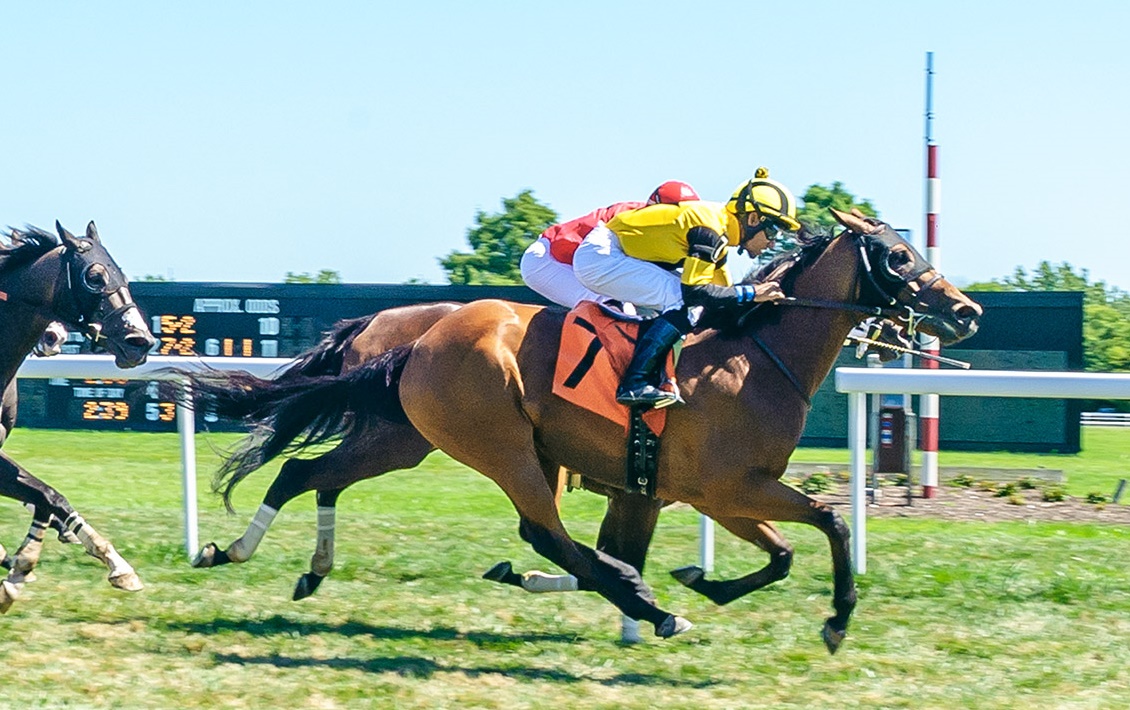 Kodama came through with a rallying triumph Saturday at Delaware Park, right on time to get her nose down on the wire for her second victory of the season, and accounting for #999 in West Point’s history.

Kodama has flashed speed in the past but she relaxed well this time.

Jaime said, “Christophe called me this morning and suggested we try something different and stalk off the speed and just make one move. Everything worked out perfectly. I sat off the speed and when I asked her to run, she gave me everything today.”

A yearling acquisition in England, Kodama broke her maiden at Gulfstream this spring. The 3-year-old filly owns two wins in eight starts for West Point and co-owner Cheryl Manning.