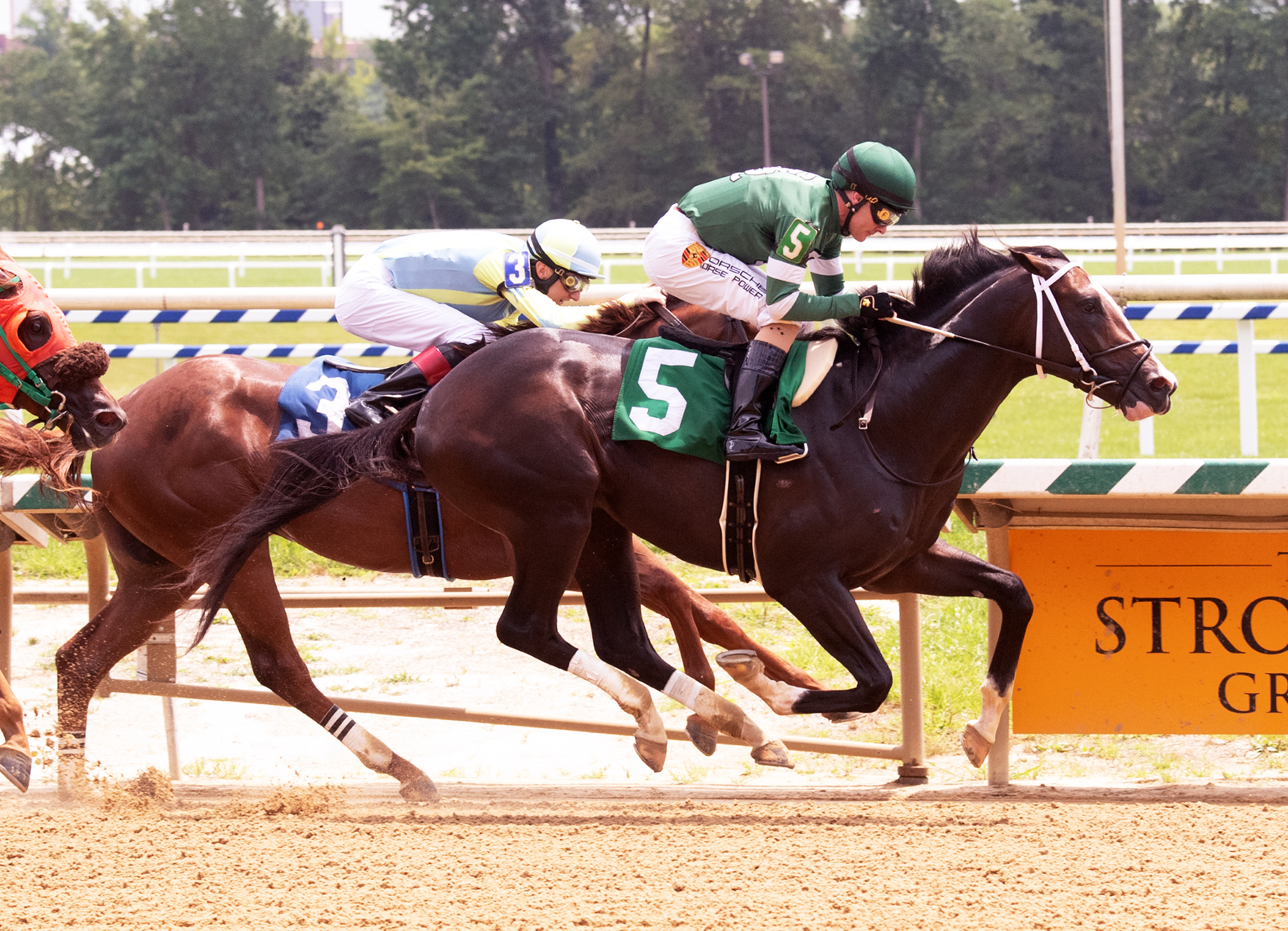 Night Code came through as West Point’s first two-year-old runner of 2019, prevailing after a determined drive at Laurel Park on Thursday.

A dark bay colt with a splash of white across his face and four white socks, Night Code sat just off the pace and battled through the stretch to win by a half-length under jockey Feargal Lynch for trainer Steve Asmussen, completing 5 1/2 furlongs in 1:04.85 on a drying out track that was rated “fast.”

Night Code became the first winner for his sire Honor Code, a Grade 1-winning son of A.P. Indy who stands at Lane’s End Farm in Kentucky.

Asmussen prepared Night Code at Keeneland this spring and early summer before shipping him to Belmont Park in late June.

Night Code is the latest in a long line of West Point horses who came from the late Jimmy Crupi’s training program at New Castle Farm in Ocala. Crupi provided the early training and was the sale consignor of two of West Point’s all-time leading runners, Grade 1 winners Awesome Gem and Macho Again.

Crupi, a long-time friend of West Point CEO Terry Finley as well as Night Code’s co-owner Vinnie Viola, died on May 23. A few weeks earlier, Night Code had graduated from Crupi’s care and joined Asmussen at the racetrack.