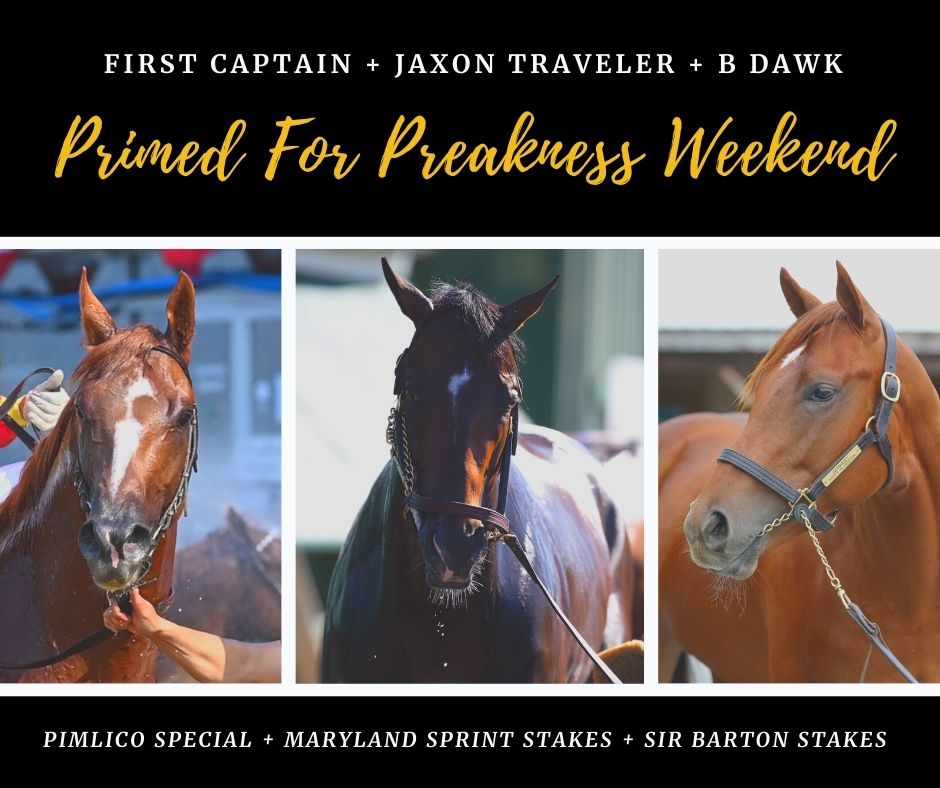 First Captain, Jaxon Traveler and B Dawk will represent West Point Thoroughbreds in stakes action during Preakness weekend at Pimlico.

First Captain leads things off Friday in the $300,000 Pimlico Special (G3), shooting for his second graded stakes triumph. Luis Saez will take the reins on First Captain for the first time for Hall of Fame trainer Shug McGaughey. Adding blinkers, the 4-year-old son of Preakness winner Curlin is 5/1 on the morning line.

Later Saturday afternoon, B Dawk will make his stakes debut in the $100,000 Sir Barton for 3-year-olds, on the heels of an 11-length maiden win last month at Keeneland.

B Dawk is 5/2 in the program for the Sir Barton and will be ridden by Tyler Gaffalione.

Also on Saturday, Cavalry Charge will stretch out to a mile and a half for the first time in the $200,000 Louisville Stakes (G3T), the feature event at Churchill Downs. David Cohen has the call on Cavalry Charge, who scored a frontrunning win in February’s Grade 3 Fair Grounds Stakes in New Orleans. Dallas Stewart trains.