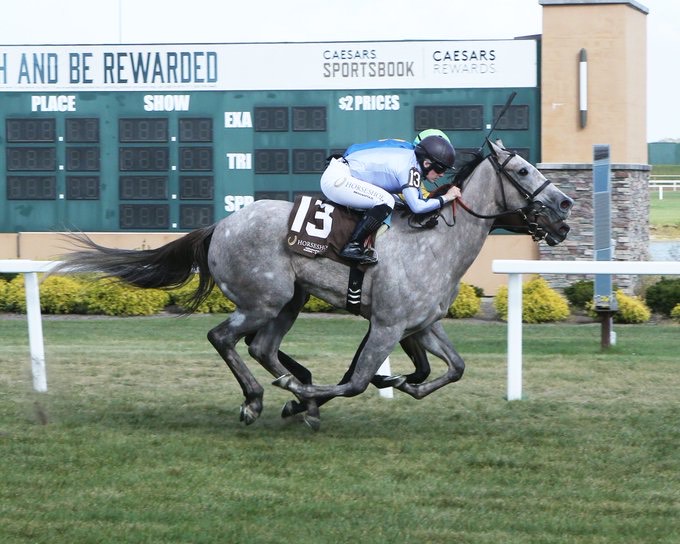 Prouver aced her second career start, blazing through the stretch to get up just in time Thursday on the turf at Horseshoe Indianapolis.

Prouver bounced back from a mysterious dud in her debut at Saratoga where she didn’t run nearly as well as she had trained. The pieces certainly fell into place this time as Prouver drew in from the also-eligible list for Thursday’s race and overcame an outside post going a mile.

A Keeneland September acquisition as a yearling, the filly races for West Point, Belladonna Racing, Edward Hudson Jr. and LBD.