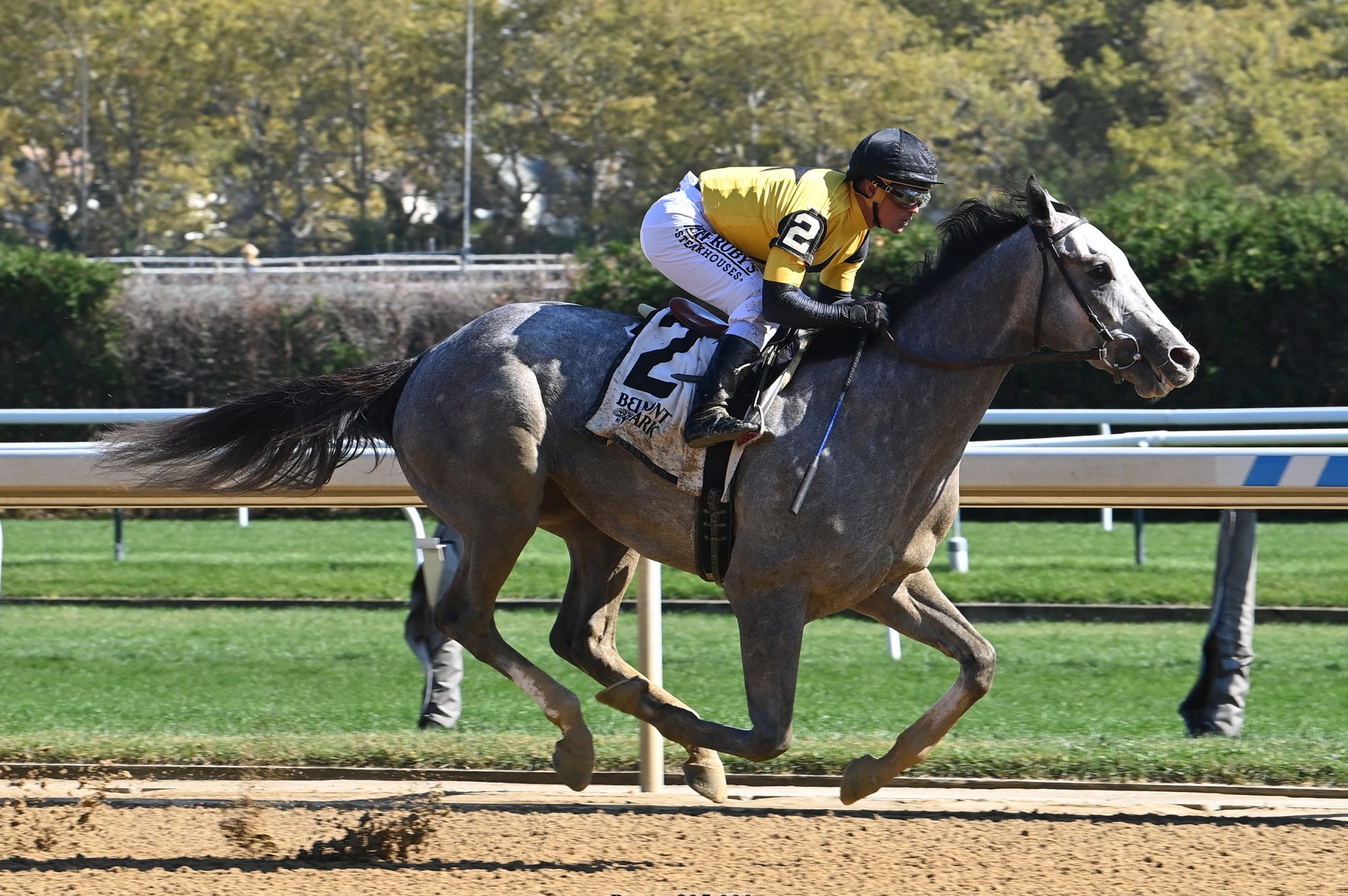 A standout colt at the OBS April 2-year-olds in training sale this past spring, Signator asserted himself with style Friday, drawing off to a maiden win at Belmont at the Big A.

The gray son of Tapit bounded through an opening along the rail and quickly put the race away to win by 4 1/4 lengths and complete the mile in 1:37.89. He was bet down to 3/5 favoritism off a second-place finish going six furlongs in his debut on September 16.

“The way he finished was very impressive and I liked the way he galloped out,” said Hall of Fame jockey Javier Castellano.