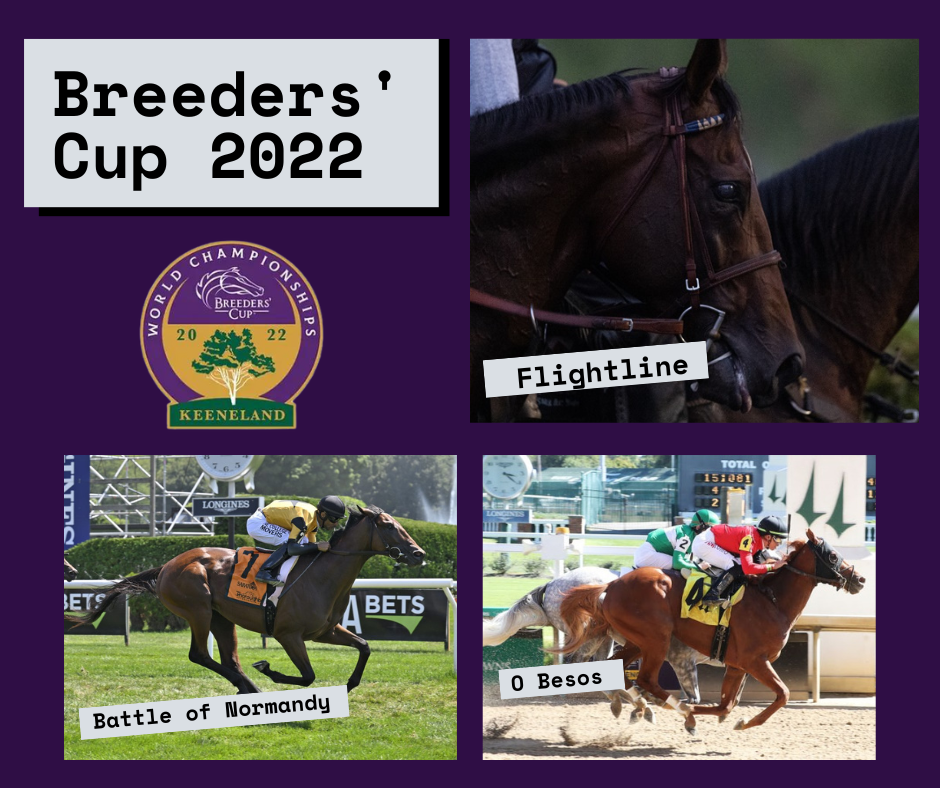 Breeders’ Cup Classic favorite Flightline will be joined by O Besos and Battle of Normandy as Breeders’ Cup contenders for West Point Thoroughbreds, as we eagerly count the days to the championship cards on November 4-5 at Keeneland.

Flightline, the world’s highest rated racehorse, shipped to Kentucky on Sunday after a breeze Saturday morning at Santa Anita for trainer John Sadler. Behind-the-scenes photos and video of Flightline’s workout October 22 are here.

O Besos is pre-entered for the $2-million Sprint. The fifth-place finisher in the 2021 Kentucky Derby, O Besos is coming off an allowance win at Churchill Downs on September 30. Greg Foley trains the 4-year-old colt.

Battle of Normandy is on course for the $1-million Juvenile Turf (G1). He finished second by a head in the Grade 3 With Anticipation Stakes at Saratoga this summer following a debut maiden win. Shug McGaughey trains the 2-year-old son of City of Light.