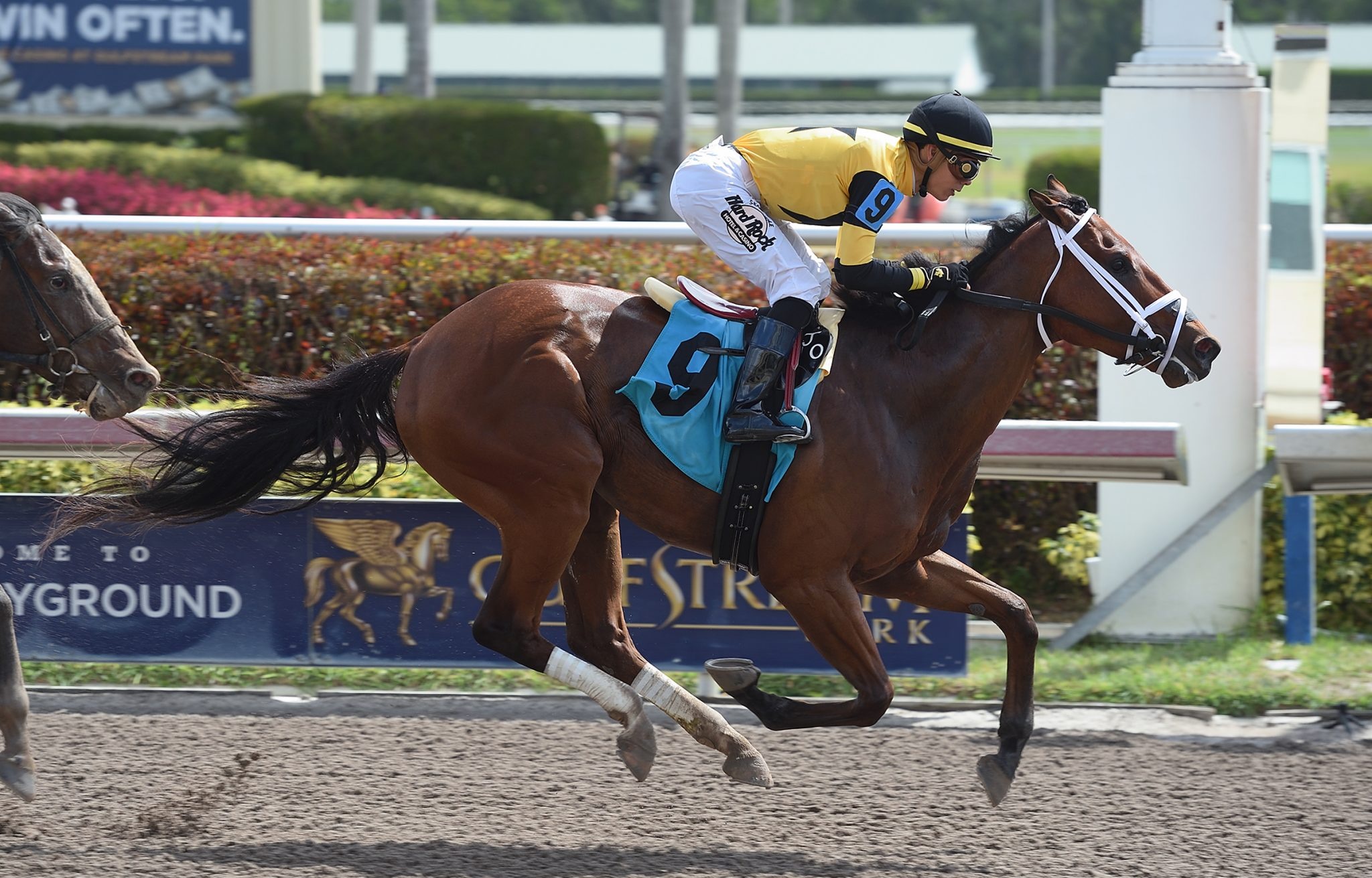 Reason to Soar, an 8-year-old warrior who raced for West Point Thoroughbreds between 2017 and 2019, has carried that grit into his recovery from a major surgery in December to fuse his right front ankle.

Reason to Soar came out of his 14th and final win on November 10 in precarious shape and West Point, which lost him via claim in 2019, stepped back in to facilitate an exam at the University of Pennsylvania’s New Bolton Center. The options were determined to either be euthanasia or surgery to fuse the ankle. West Point and his most recent racing owner, Mike Sisk, opted for the latter.

Reason to Soar underwent fusion surgery on December 15 and stayed at the clinic for a couple more weeks before moving on to a rehabilitation stay with Bruce Jackson at Fair Hill Equine Therapy Center in Maryland. He is expected to be able to live out a comfortable life in retirement.

Bruce described Reason to Soar as an ideal patient.

“This might sound silly but sometimes you get horses that know you are trying to help him,” Bruce said. “They seem to know they are in a bad way and they cooperate. Others just can’t help themselves. He is certainly the former. He is a very good patient. He lays down a lot, which is important, and so far, so good.

“This was a major surgery so I don’t know that you ever feel like you are out of the woods with a case like this, but he has done quite well so far.”

Originally purchased by WPT from Niall O’Brennan Stables in 2016, Reason to Soar was an obscurely-bred son of Soaring Empire that commanded attention at the OBS April sale of 2-year-olds in training.

West Point Racing Manager Erin Birkenhauer said, “The fact he commanded six figures being by Soaring Empire tells you how handsome and athletic he is. And he had real talent, winning first time out, winning three races in a row one winter at Gulfstream for George Weaver, and being pretty darn competitive in a few stakes races.”

Niall Brennan’s wife, Stephanie, has graciously offered to provide Reason to Soar with a home for life back in his native Florida. He will ship there in the spring.

Terry Finley said, “My sincere thanks to Stephanie and Niall for taking him back, and to Mr. Sisk for stepping up.”