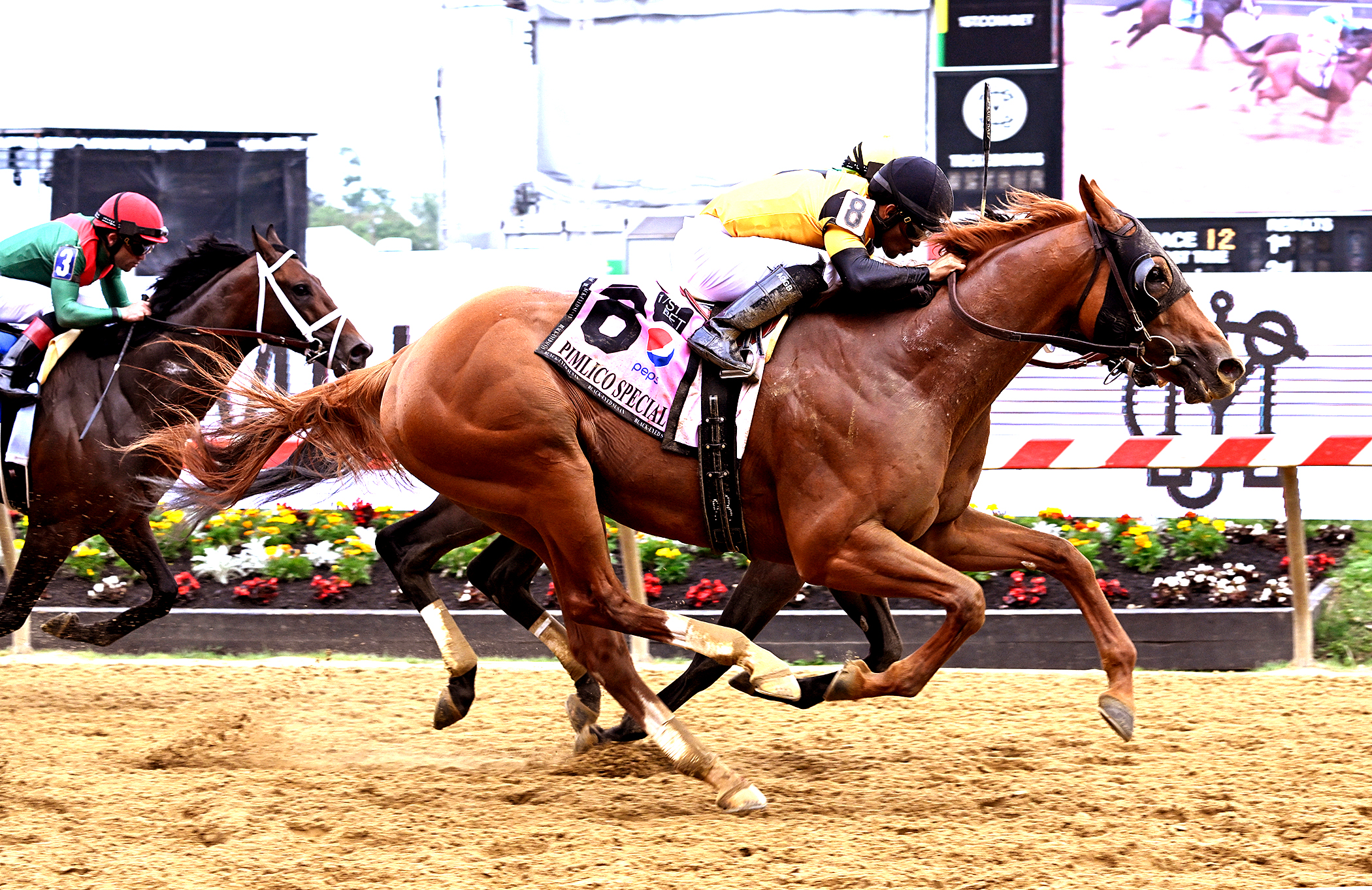 Adding distance, blinkers and a new jockey, First Captain pieced it all together for a game victory Friday in the $300,000 Pimlico Special (G3). About 18 hours later, Jaxon Traveler scored as the favorite in the $150,000 Maryland Sprint (G3).

Luis Saez took the reins on First Captain and delivered a superb ride to rally home behind a slow early pace, producing the 4-year-old Curlin colt from mid-pack at the top of the lane and the colt responded with a gutty drive to get up right on time, edging the even-money favorite Vindictive by a head.

First Captain bounced back after finishing off the board for the only time in his career in the Grade 1 Carter Handicap going 7 furlongs in April. He captured the Grade 3 Dwyer Stakes around one turn at Belmont Park last summer and his record now stands at five wins in seven starts.

Hall of Fame trainer Shug McGaughey said, “It wasn’t surprising, by any means. He had trained well. The Carter was a puzzler. All his other races were good; he’s won five out of seven now with a third in a listed stakes. We were anxious to get him around two turns.”

West Point Thoroughbreds races First Captain in partnership with Woodford Racing, Siena Farm and Bobby Flay, who bred the colt out of his A.P. Indy mare America. The chestnut colt with a distinct blaze in the shape of seahorse was acquired at the Fasig-Tipton Saratoga select yearling sale in 2019, just like Grade 1 winner Flightline.

Already a two-time Maryland-bred champion, Jaxon Traveler returned home and dictated terms in the Maryland Sprint, fending off a challenge at the top of the lane and spurting away to win by 1 3/4 lengths at 6/5 odds.

Joel Rosario guided the 4-year-old son of Munnings for trainer Steve Asmussen. Jaxon Traveler improved to 3-for-4 lifetime at Pimlico and boosted his overall record to 6 wins in 16 starts and $571,310 in earnings. Only once has he finished out of the top three.