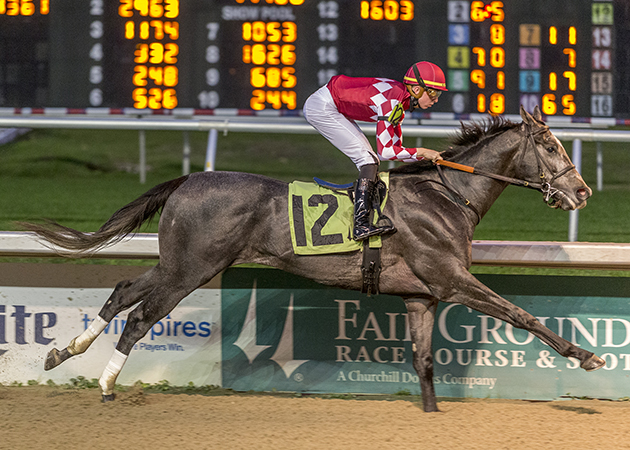 After storming back into the picture with a victory on October 9, Swot Analysis proceeds to the $150,000 Ontario Derby (G3) on Sunday at Woodbine.

The 3-year-old colt drew off to win a 7-furlong allowance by 4-plus lengths in his first outing since January.

Rafael Hernandez will guide Swot Analysis for trainer Mark Casse, who has won the Ontario Derby three times previously, all coming since 2012.

On Saturday, West Point will be represented by Chestertown on New York Showcase day at Belmont Park.

The stakes-winning 4-year-old heads for the Hudson Handicap for New York-breds, which at 6 1/2 furlongs will be his first sprint start since a third-place finish in his career debut in November 2019.

Jose Lezcano has the call on the gray gelding for trainer Steve Asmussen. Jose guided Chestertown to his most recent victory last winter at Aqueduct.