It’s a busy weekend for West Point Partners, with five horses entered to run across the country.

On Saturday afternoon, fan-favorite Twilight Eclipse takes on a full field of turf routers in the $200,000 Mac Diarmida Stakes (G2) at Gulfstream Park. In the 2014 edition of the Mac Diarmida, he set a world record for a mile and a half on any surface.

The 8-year-old hasn’t shown any signs of slowing down. Following a productive 2016 season, he finished fourth beaten just a length in his seasonal bow on January 28. With earnings over $2.1 million, he’s the only millionaire in the field.

Trained by Jerry Hollendorfer, the daughter of Ghostzapper is coming off two encouraging efforts. Two starts ago she finished a close second to the grade one stakes placed Mopotism. The effort earned her a 7.75 on the Ragozin Sheets, a very good figure for a 3-year-old filly this time of year. She then came back on January 20 to break her maiden by three lengths.

Her stable mate Unique Bella is a formidable foe, but our filly is on the improve and has every right to step onto the Kentucky Oaks scene. Several of her Partners will be out at the “Great Race Place” cheering her on.

Says West Point president Terry Finley, “Our original plan was to run in an allowance race at Santa Anita after she broke her maiden but the race wasn’t written. The other option was to head to Arkansas for the Honeybee, but there’s something to be said for not having to ship and running over your home track. We know Unique Bella is going to be a heavy favorite, but we have a good shot to hit the board.” 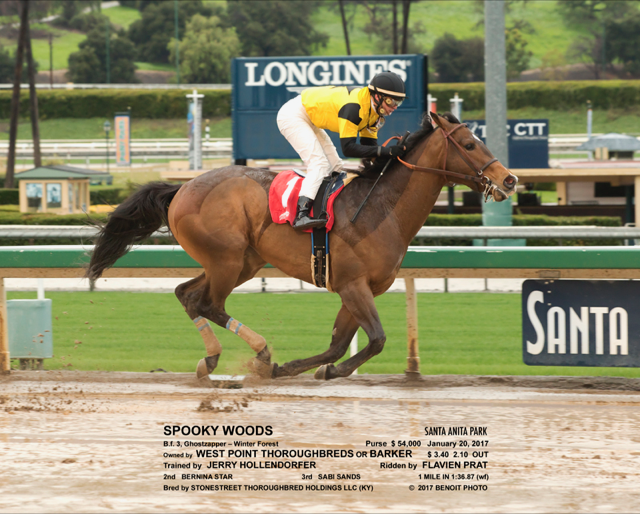