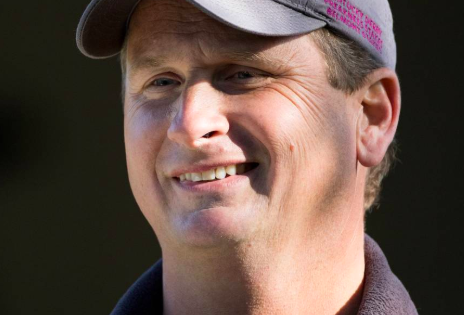 George Weaver was born in Louisville Kentucky and became interested in horse racing at a young age. In high school he worked as a hot walker for John Henning before working as a foreman for D. Wayne Lukas. He worked his way up to assistant for Lukas and developed horses such as Kentucky Derby winners Grindstone and Thunder Gulch, Preakness winners Timber Country and Tabasco Cat, Serena’s Song, and Grand Slam amongst others.

Weaver then became an assistant trainer to Todd Pletcher in 1997 and during a six-year period worked with horses like Trippi, More Than Ready, Texas Glitter, and Left Bank. In 2002, Weaver went out on his own and won his first race with only his third starter. Ten months later he won his first stakes race and fourteen months later won his first graded stake.

Weaver maintains a high percentage outfit and races mainly on the East Coast, based in Saratoga in the summer while keeping a string in New York throughout the rest of the year. In the winter, he bases at Palm Beach Downs in South Florida.

His wife Cindy also worked for D. Wayne Lukas and Todd Pletcher and today Cindy and George work as a team combining their vast experience in the industry.

Under their tutelage, Vekoma developed into a top 3-year-old (winner of the 2019 Blue Grass Stakes at Keeneland) and he was even better at 4 with an undefeated season highlighted by wins in the Grade 1 Carter and Metropolitan Handicaps.